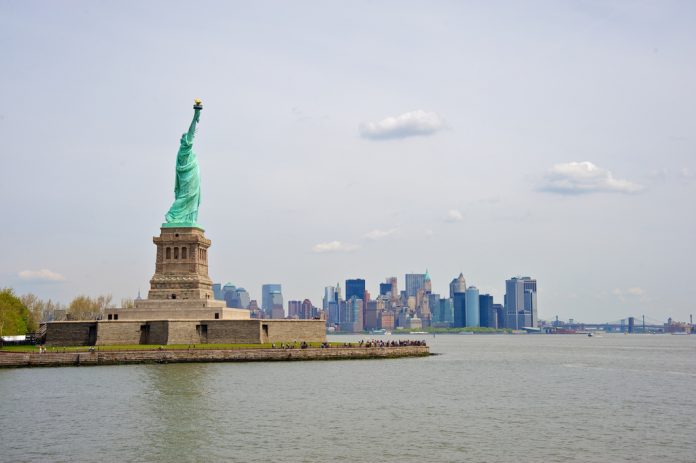 I spent Thursday morning at the offices of two new Members of Congress, Rashida Tlaib of Michigan and Ilhan Omar of Minnesota. The scenes at both were just delightful. Throngs of Palestinian Americans jammed into Tlaib’s offices, spilling out into the hall. It was much the same at Omar’s, but there the crowds were largely Somali Americans and Yemeni Americans.

Many had traveled hundreds and even thousands of miles to witness history being made. You could feel their excitement. It was a day of celebration, validation, and empowerment.

Palestinians, Somalis, and Yemenis are among the most beleaguered communities in America. Many of them have come here or are the descendants of those who came as economic or political refugees from deeply troubled regions plagued by war and hardship. Once in the US they have been disproportionately hounded by law enforcement, spied upon, profiled, and victimized by discrimination. Nevertheless, all of these immigrant communities have worked hard to make their way in their new country.

Like other American success stories, many Palestinians, Somalis, and Yemenis began at the bottom rung of the economic ladder and within less than a generation began to climb upward. Forty years ago, Yemenis, for example, were laborers and farm workers. Today they count among their ranks thousands of successful small businessmen, with their children having become lawyers, doctors, and engineers. Palestinians, who have been here longer, have a similar success story to tell. The children of the Palestinian grocers, with whom I worked 40 years ago, are now successful entrepreneurs or college-educated professionals. Somalis, the newest of the groups with most of their community having arrived in the last three decades, are already on the same path of upward mobility. They are starting small businesses and seeing their children fulfill the hopes that drew them to start a new life in America.

When Jesse Jackson ran for President in 1984, his campaign slogan was “Our Time Has Come.” African Americans understood his call and registered to vote in record numbers. When he rose to the podium of the 1984 Democratic convention to speak, African Americans felt that they too had risen to new heights of empowerment. In the next few years, the impact of Jackson’s campaign was realized, as African Americans elected their first governor and mayors in many major American cities.

This was how it felt being in Tlaib’s and Omar’s offices. To their respective communities, the victories of these two women was a shared victory, opening a door of unlimited new possibilities for them and for their children.

Congresswoman Tlaib is the daughter of Palestinian immigrants and has a grandmother still living in the West Bank. Always proud of her Palestinian heritage, she made a point of wearing a traditional Palestinian thobe to her swearing-in ceremony. Reflecting on her decision and her victory, she wrote,

“Throughout my career in public service, the residents I have had the privilege of fighting for have embraced who I am, especially my Palestinian roots. This is what I want to bring to the US Congress, an unapologetic display of the fabric of the people of this country. That is why I decided to wear a thobe when I am sworn into the 116th Congress.”

“This really happened! I am a US Congresswoman. Not bad for a girl from southwest Detroit who didn’t speak English, daughter of Palestinian immigrants.”

The impact of her decision was amazing. Many of the Palestinian women who came to her office wore thobes and men sported keffiyehs. #Tweetyourthobe trended on Twitter, as Palestinian American women proudly displayed their cultural heritage. NBC TV news anchor, Ayman Mohyeldin, posted a picture of his little daughter and niece in thobes, writing,

“As the son of a Palestinian mother, it’s a milestone for Palestinian Americans to see their heritage and culture reflected in their elected officials. Young girls like my daughter and niece now have officials they can see and aspire to be like one day!”

Congresswoman Omar’s story is a fascinating and important American tale. She was born in Somalia. Her father is Somali, her mother Yemeni. At age 9, she and her father became refugees. She came to the US when she was 12 as a refugee. In several tweets, she reflected on the remarkable trajectory of her life.

“23 years ago, from a refugee camp in Kenya, my father and I arrived at an airport in Washington DC. Today, we return to that same airport on the eve of my swearing-in as the first Somali-American in Congress.”

“As someone who has seen what it means to seek asylum at a border and be received with such generosity, I want to make sure we understand there are other countries who take in so many of the world’s most pained people. In the US, we can do better.”

“From a refugee camp in Kenya to the Capitol, this story has come full circle. This is the America I believe in, and the one I will never stop fighting for.”

It’s worth noting that Omar, who wears a hijab, has already made one change. In deference to her, a rule in place since 1837 banning any head attire on the floor of Congress was scrapped.

I was struck by the comments of the Palestinians, Somalis, and Yemenis who filled the offices of “their” two new Members of Congress. One woman, quoted in the Washington Post, reflected the feelings of many others when she said “This means everything to us. It means that we can get into politics and make it to the highest level.”

As I reflected on the meaning of the day, I couldn’t help but think of the larger message that was unfolding. Somalis and Yemenis face a discriminatory policy banning their entry into the U.S., affecting their families and reflecting the general hostility to refugees and immigrants from the Middle East. Palestinians face hostility from an Administration and a Congress that not only refuses to recognize the rights and humanity of their people but have taken punitive measures against them. Add to this, there is the nativism, xenophobia, and Islamophobia fueled by the president. In spite of all of this, these two women who embody the endangered ideals of America will now be serving in the Congress. More than that, they are progressive champions elected on platforms that commit to fighting for raising the minimum wage, universal health care and college education, and environmental and economic justice. Both are savvy legislators who understand their roles and will make a mark in Congress.

In sum, it was a historic day of firsts: the first Muslim women, the first immigrant, the first African, the first Palestinian American woman have taken their oath of office and for three communities it was a day when the promise of America became real.