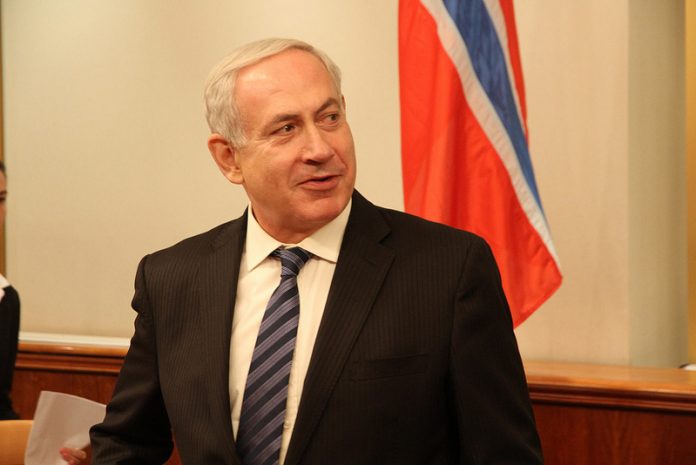 Israel’s war criminals who head the settler regime’s apartheid government, are in all likelihood deeply disappointed at the way 2018 has ended.

Since Donald Trump’s election as America’s president, Israel felt pretty smug about the prospect of gaining a foothold within the White House.

Overnight, the magical world of fantasy began with Benjamin Netanyahu having extraordinary access to influence and direct US policies towards Israel and the entire Middle East region.

The fun ride enjoyed by Israel with Trump in the driver’s seat saw Netanyahu grinning with glee. Announcement about Jerusalem as the undivided capital of Israel; the relocation of the US embassy from Tel Aviv to Jerusalem; ongoing military and financial aid without accountability; unconditional leverage at the UNSC to protect Israel and turning a blind eye on the atrocities committed against Palestinians, all added to the free ride at the expense of America’s taxpayers.

Also in the pipeline is the much vaunted “peace deal” – undefined as yet, but all indications are that as usual, it is heavily tilted in favor of Israel. This is hardly surprising because it’s architects are Israelis and Trump’s Likudnik personnel led by his ultra-Zionist son-in-law Kushner.

Trump’s election unmasked Israel’s sneaky conduct within America’s politics and laid bare his undisguised bias against Palestinian rights. Unashamedly and as if to keep displaying fealty to emperor Netanyahu, Trump shut down the office of Palestine’s Liberation Organization (PLO) and withdrew from a number of UN institutions that are key in sustaining Palestinian refugees.

So by all accounts, as the world has been witnessing Trump’s politics of patronage and humiliating gratuitousness, all of the lines which under previous administrations were blurred, suddenly came to life in bright lights focused on a foreign policy dictated by Israel.

Neither Trump, surrounded by rightwing hawks, nor Netanyahu and his racist coalition, have felt any sense of embarrassment at the fact that the ties between the two countries are deeply embedded in extraordinary ways, well beyond acceptable diplomatic standards.

But those who hold the view that the ride will ultimately turn rocky, point to Syria as an indicator that sooner rather than later, a collision of policies will tear the relationship apart.

Trump’s decision to withdraw US troops from Syria is the first significant signal of a collision with Netanyahu. It talks to an American interest to have their military forces returned home from a war zone which has left Bashar Assad’s opponents in tatters.

The decision to retreat was made on Twitter by Trump in his characteristic boisterous fashion. Though it shocked America’s allies in Europe and the Arab world, I’m certain that Netanyahu suffered more than the rest.

The consequences of the American departure are dire for Israel. From Netanyahu’s perspective, it conflicts directly and severely with his position. His insistence that the agreement with the Pentagon whereby any withdrawal of US troops would be contingent on the removal of Iranian troops, has apparently fallen on deaf ears.

That there are no bargaining chips left for Israel and with Moscow, Istanbul and Tehran firmly holding the cards in Syria, all Netanyahu can do, apart from privately gnawing his teeth, is wreak vengeance and havoc via his bombers.

Isolated and marginalized, not only by the Trump administration, but also by his Arab despots who are clambering over each other in a rush to curry favor with Assad, Netanyahu will be deeply frustrated and humiliated.

Does it raise questions about the future sustainability of a colonial project which is dependent on collaboration with dictators and an ill-advised American president surrounded by extremists who extol racist rightwing practices?

Of course, it does. And the negative impact on its future is evident from disgruntled Israelis to equally disillusioned Jewish activists across America and other parts of the world.

Trump is preoccupied with the “Wall”, trade war with China, Korea and the noose around his neck by the investigation on Russia’s influence on his election. It should be clear to all objective analysts that facing such formidable challenges, Israel for Trump is a liability.

In fact, the obscene number of guffaws emanating from Trump, makes him a liability for America’s future. Stunning thus to observe how the impending doom of both administrations – Trump’s and Netanyahu’s – are intertwined.

Israel may continue to covet and depend heavily on Trump, yet the reality is that the maladministration, corruption, disavowal of international conventions and having lost its military deterrence capacity particularly in Gaza, Netanyahu is skating on thin ice.

And so is Israel – facing the inevitability of being sucked into quicksand.

Any “wish list” Netanyahu may have cherished for 2019, will end in despair, defeat and humiliation.