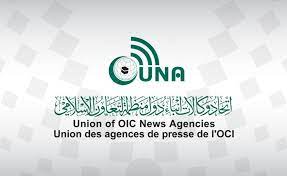 “This campaign carried out by some foreign media outlets is motivated by suspicious agenda due to its focus on spreading distorted information that turned out to be false after consulting reliable sources,” UNA said in a statement on Tuesday.

UNA stressed that Qatar’s hosting of this global event as the first-ever country from the Islamic World and the Middle East region represents an unprecedented opportunity to promote acquaintance between peoples and strengthen coexistence among different cultures.

“The event also presents an opportunity to highlight the civilizational heritage of the region’s countries and their great potentials that allow them to host major global events, especially the capabilities Qatar has demonstrated in this regard,” UNA added.

The Union of OIC News Agencies urged media outlets to adhere to objectivity and professional integrity and o work according to the spirit and passion of the sport, which will contribute to achieving the tournament’s objectives of strengthening cooperation and fraternity among peoples.

UNA also called on media outlets to benefit from the “Qatar Media Portal”, which gives media and broadcasters attending the FIFA World Cup Qatar 2022 access to a wide range of resources compiled by the Host Country to help them operate at this year’s tournament.