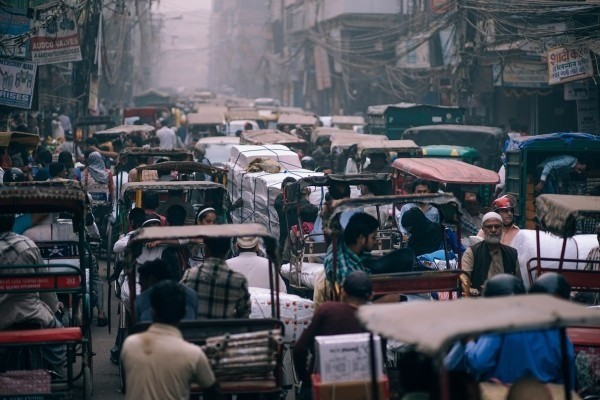 Regardless of what we believe because it is politically convenient, economically expedient, socially correct, religiously tolerated and culturally syntonic to do so, whatsoever is IS, is it not? Please assist me by examining ignored research of the population dynamics of the human species. The implications of this research appear to be potentially profound. If human population dynamics is essentially common to, not different from, the population dynamics of other species, then the unbridled growth of absolute global human population numbers in our time could be the proverbial “mother” of the human-induced global challenges looming before the family of humanity. If this global challenge continues to be denied, the human family could end up winning some Pyrrhic victories over subordinate global challenges but losing the larger struggle for survival itself. Please note the following perspective from Sir Fred Hoyle that dates back to 1964, a time prior to the publication of Ehrlich’s Population Bomb and the Club of Rome’s seminal work, Limits to Growth.

“It has often been said that, if the human species fails to make a go of it here on the Earth, some other species will take over the running. In the sense of developing intelligence, this is not correct. We have or soon will have, exhausted the necessary physical prerequisites so far as this planet is concerned. With coal gone, oil gone, high-grade metallic ores gone, no species however competent can make the long climb from primitive conditions to high-level technology. This is a one-shot affair. If we fail, this planetary system fails so far as intelligence is concerned. The same will be true of other planetary systems. On each of them, there will be one chance and one chance only.”

It appears to me that Hoyle was asking people years ago, when I was still a teenager, to carefully consider and rigorously examine a superordinate situation that was too dangerous to ignore, one that dwarfed other already identified global challenges. Rather than seriously scrutinize population dynamics leading to the human overpopulation of the Earth, which would require experts to rivet their attention on the placement of the human species within the natural order of living things, the topic was avoided, just as it is being ignored now. At the beginning of my lifecycle in 1945, there were about 2.8+/- billion human beings on Earth. Only 65 years later 6.8+/- billion people are members of the human community.

So much time has been wasted recently by the brightest and best of my generation. The implications of such an unfortunate failure of nerve appear to be far-reaching. We cannot address problems, the root cause of which we refuse to acknowledge.

Representative democracies led by human beings with feet of clay could readily become a force too formidable to ignore with remarkable speed, I believe, but first humankind needs to be helped to see why confronting a force too formidable to ignore is necessary as well as to understand more adequately the nature of the primary human-induced global overpopulation challenge that presents itself to the family of humanity in our time; that takes its shape in the form of a colossal looming threat to future human wellbeing, environmental health and the integrity of Earth as a fit place for human habitation.

Research by Russell Hopfenberg and David Pimentel appears to indicate with a remarkable simplicity that human population dynamics is essentially similar to the population dynamics of other species. Since many too many population experts remain silent about this research and blogmeisters associated with the mass media refuse to discuss the peer-reviewed evidence, perhaps you could take a look at it, make your comments, and encourage by your example others to do the same. You can find the article, Human Population Numbers as a Function of Food Supply, by Hopfenberg and Pimentel. [1] The research shows us that more food equals more people. Less food equals fewer people. No food equals no people. No exceptions.

No amount of rationalization or excuse will pass muster when the issue is the conscious denial of science. The abject failure of every major legitimate scientific group to respond to the exceptionally strong evidence of human population dynamics and human overpopulation of the Earth from Hopfenberg and Pimentel is simply inexcusable. Many too many experts have been effectively ignoring research from these two outstanding scientists, who have devoted their lives to examining data and providing critiques/interpretations in an intellectually honest manner. The willful avoidance of the open discussion of science, especially the scientific research of human population dynamics, is as unconscionable as it is destructive. Experts who have remained silent need to be stood up to and directed to assume their responsibilities to science and their duties to humanity. Is there a reasonable justification for elective mutism in response to carefully collected, objectively analyzed, and heretofore unchallenged peer-reviewed evidence?

The tasks at hand for scientists are to freely acknowledge, examine and report findings, I suppose, and to encourage that scientific evidence be sensibly considered from different viewpoints. It is irresponsible and pernicious for scientists to remain silent, I believe because they are slowing the development of momentum for necessary change in population policy and programming.