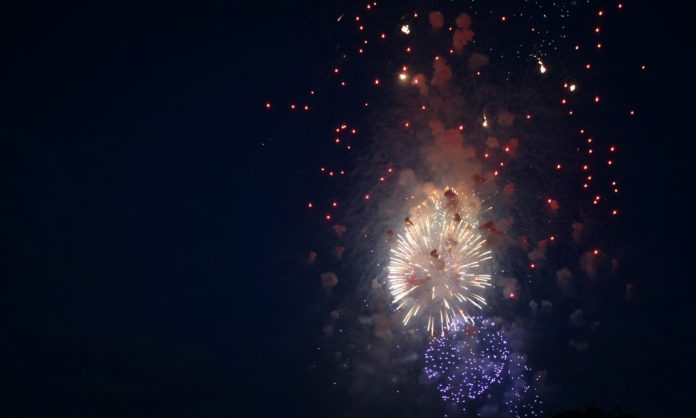 "Nothing is the same, even as nothing changes. The ghosts of war are chained to America’s ankles, as it marches onward. I have a poster from the days of Vietnam. I have kept it all these years as a reminder of the politics behind war. It is a photograph of Arlington Cemetery, neat orderly rows of white headstones, on green grass, below a sunny sky. The caption reads: We are the unwilling, led by the unqualified, to do the unnecessary, for the ungrateful." ~John Corry, A Vietnam Veteran who received the Purple Heart and Bronze Star with V device.

Beware of Uncle Sam’s harvest of war, an old familiar military industrial cash crop that unceasingly yields new hybrid cultures of shame. Yep, a dreaded farmer’s nightmare comes to mind — leaders with twisted piety — disgracefully draping themselves in the flag while inventing new and improved ways of cultivating its peace-loving citizenry into a plethora of warriors. Oh yeah, these days — green-thumb Sammy sprinkles a little more than manure on that desired servitude. He’s always searching for more obedient useful sprouts that will lock-and-load and pillage at the snap of a middle-fingered salute pointed in any direction.

Sadly, this is the reality we all must face. After September 11, 2001, our nation in a weak moment of confusion and severe vulnerability, was covertly and psychologically victimized by the Bush war machine, in order to desensitize us into walking the old path of Hitler’s Nazism. Today’s neocons use it like a snake-oil cure for saving the "body politic" (the nation) from imaginary destruction. Just like yesterdays false reflection, today’s reality is no different — the same radical belief in nationalism is being instilled, being recycled for asserting absolute identity between self and nation. And just like the Fuhrer, Bush is capitalizing on that same worship of identity by using "patriotism" as a vehicle to transform America into a totalitarian militaristic society.

Call it fraud over fact, hubris over honor, blatant denigration of the dead, or screwing the living. Regardless of what phrase or clichÃ© you choose, the bottom line is the blood of brave soldiers and innocent civilians alike will continue to spill — like sacrificial lambs whose throats are cut — at the alter of supremacy, until these warmongers are stopped. That’s right, this ghoulish cabal will ruthlessly continue with manic determination, aided and abetted by the corporate state-owned media, because they are both one and the same, partners in crime; both heavily vested in stock with Defense Corporations on Wall Street. Think about it — why should they tell us the truth? Why, indeed, when they can lie with no fear of being held to account and they can profit like kings. Besides, to do otherwise is bad for business. I guess the old saying holds true — there is no honor among killers and thieves. No compassion. It’s all cut and dried, their making a killing at our expense! Especially, with the entire national defense system conveniently privatized.

Can you imagine the devil, pitchfork in hand, dancing a jig while dressed in a pinstriped suit? Well, keep that shirker in mind as the Bush cartel attempts to sell this preemptive shenanigan in the name of "National Defense," "National Security," "War on Terror," etc. What a scam! Once again, history repeats itself: Our leaders have again soiled themselves with the spoils of war while wallowing in the spilled blood of innocents. And they continue to do it right out there in plain sight, while a stunned world watches in disbelief. Americans are not just desensitized — they have been dehumanized. More of them seem to readily accept Bush’s jargon of "spreading democracy" with bunker-buster diplomacy — few even blink as Congressmen and administration officials openly discuss dropping nukes on Iran, Syria, North Korea and, even China. The madness isn’t madness anymore…

Remember this — the world has not forgotten how we slaughtered more than 100,000 Japanese civilians in less than 2.1 seconds at the end of WWII. They will never forget nor forgive what we did, nor will they idly stand by and watch it happen again elsewhere. They share a common goal; they are united under one banner, one sacred cloth that has a single word inscribed — "Peace." And if that means they have to revolt in solidarity against America’s arrogant myopia to achieve it, so be it, they’ll do it.

How do I know this? Well, my father told me so. He spent five days in ground zero walking on the ashes of Hiroshima soon after the Unites States dropped two atom bombs on civilian populations. He is 77 now, but he still cannot recall the experience without breaking down.

We need to get real. The world around us is not stupid; it fully understands the United States has more firepower than all other nations combined, and they also realize that Bush and his minions are germinating as many illegal wars as they can, with cash registers sitting in their laps. So you have what you have — a large world consensus that begs for a revolutionary effort to bring us down a peg or two in the superpower department. Eventually this unification will succeed, and with it comes a deep-rooted hatred that will not be soon forgotten. In fact, this once-great nation may never recover because anti-Americanism may remain embedded in the universal mind. It must. It’s called self-preservation.

Trust me — I’m not feeling much safer inside our U.S. borders either.

It takes a heartless breed of ruthless neoconservatives who willfully send so many innocents to their needless graves, a breed with no hint of moral conviction, a breed unremorseful in its self-motivated delirium for profit. This is not the way it’s supposed to be! Where has my beloved America gone? This new American patriotism depicts the ugliness, the futility and meaninglessness of submission to the nation state, a form of sacrificial death stripped of words such as honor, heroism and glory.

It pains me to write essays such as this. It’s almost as if I’m subconsciously screaming that I am a U.S. citizen who is appalled and heartbroken at what my country is doing in my name. I am, as John Corry accurately said, "the unwilling, led by the unqualified, to do the unnecessary, for the ungrateful." And I welcome the world ‘s combined effort to contain the neocons that have taken over my beloved country. But they should beware, because this is now a sad place where I live — a sad and lonely place where the seeds of war are now harvested like grapes on the vine.

AEOI Spox: Reconstruction of damaged building to get underway at Natanz...