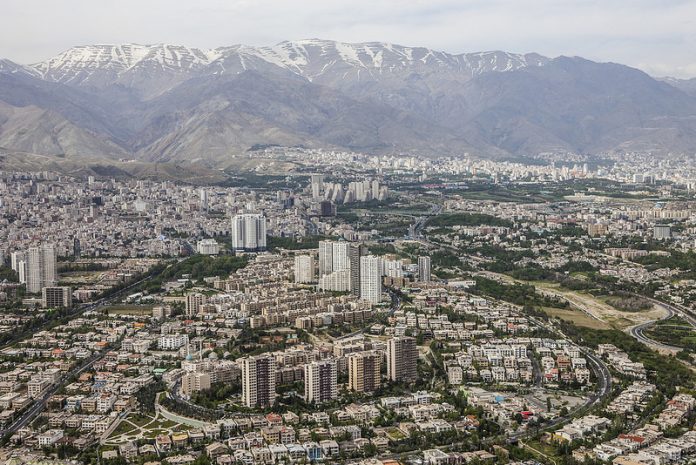 As Americans rush to the grocery stores and pharmacies across the United States to stock up on food and medications, they have no clue of compassion or empathy that their Iranian counterparts are being denied medicines and basic goods because of U.S. government brutal policy of sanctions.

What happened to our military budget (650 billion budget), Super Power and arrogance that we cannot fight an enemy a tiny virus?

Hospitals across the U.S. are running out of the masks, gowns and other equipment. Hospitals need to protect staff against the virus as they struggle to take care of patients. Single-use gears like gloves are used numerous times due to shortages. This is battlefield medicine, just imagine the situation in Iran.

This is not new. U.S. sanctions on Iraq in the 1990s caused the deaths of hundreds of thousands of innocent Iraqi children. The UN humanitarian officials call it “genocide”. And then the Secretary of State Madeleine Albright said “We think the price is worth it”

Do Americans think the price is worth and moral to enforce more sanctions?

On Wednesday, State Department announced it would impose new sanctioned on Iran as the country faces one of the worst COVID-19 outbreaks. “How evil and heartless can this government get? The journalist Benjamin Norton said “Iran could face millions of deaths from COVID-19, and US sanctions make it virtually impossible for it to buy supplies and humanitarian goods. The US empire is a mass-murdering monster… this is pure evil Nazi behavior.” The White House has become the evilest administration in the history of the US with locking and separating children’s, mass incarcerations and sanctions against Iran and Venezuela

Why not lift the sanctions?

There is a precedent where in December of 2003, the Bush administration lifted the sanctions to help during the major earthquake in the city of Bam where 26,000 people were killed. I vividly remember the pictures on CNN where Americans were the first, I repeat first to help in search and rescue, sending disaster response teams and doctors for emergency surgery. We Americans are always the first to help on Humanitarian grounds be it Haiti or Iran. What has happened to that lady of Liberty of friendship, love, and freedom?

Today, sadly The US government is run by idiots and insane sociopaths. How else to explain the Trump administration’s callous disregard for the lives of ordinary Iranians in the midst of this global coronavirus crisis?

What does Donald Trump do?

Despite the sheer scale of the suffering due to crippling sanctions, he doubles down by introducing more sanctions against the countries that are helping such as China, Qatar, South Africa, Turkey, and Pakistan.

As the international condemnation of the US continues Pakistan’s Prime Minister Imran Khan called on the US to remove its “unjust” sanctions against Iran. “I would stress and insist to the international community to lift the sanctions on Iran,” Khan told reporters on Friday. On the same day Rep. Ilhan Omar, one of the few progressive foreign policy voices on Capitol Hill, tweeted: “We need to suspend these sanctions before more lives are lost.” While Sen. Bernie Sanders tweeted that the U.S. “should not be contributing to this humanitarian disaster.”

We need to suspend these sanctions before more lives are lost https://t.co/G9ow3GgsHr

Assal Rad, a research fellow at the National Iranian American Council (NIAC), said the new sanctions would make the U.S. “complicit” in the deaths of an untold number of Iranians, while Trita Parsi of the Quincy Institute accused the Trump administration of “inhumanity.”

In a New year (Nowruz) message issued to the American people on Friday, Iran’s President Hassan Rouhani said “brutal US sanctions unilaterally imposed on the Iranian nation are robbing a great number of Iranians of health, jobs, and sources of income. He said we will endure and survive the hardship and promised a better economy. He called the coronavirus “an uninvited destructive guest.” He pleaded with world leaders to press President Donald Trump to lift the sanctions to save lives. Foreign Minister Mohammad Javad Zarif warned: “It is immoral to let a bully kill innocent… it is Medical Terrorism.” Iran appealed to the International Monetary Fund (IMF) for $5 billion in emergency funding to deal with coronavirus with sanctions that have led to shortages of medical supplies needed to contain the disease. China, Qatar, and other countries have stepped in with tones of aid and a team of medical experts to assist Iran. But Washington is refusing to lift sanctions it imposed following its unilateral withdrawal from the Joint Comprehensive Plan of Action, known as the Iran nuclear deal.

The spread of Covid-19 has been nothing less than a catastrophe for the people of Iran. After a complete lockdown of major religious sites in Qum & Mashhad where millions of people attend, the death toll continues to soar, acerbated by a horrific U.S. economic embargo. Iran is the country most affected in the Middle East with the highest rate of infection in the region and the third highest in the world after China and Italy. A person dies from coronavirus every 10 minutes in Iran, 50 become infected every hour.