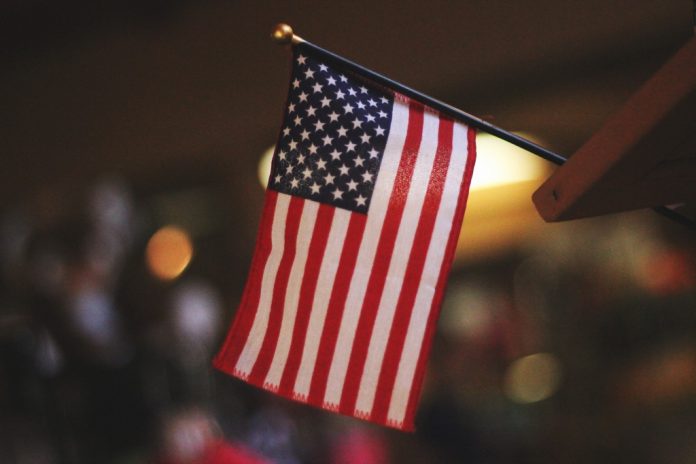 I’m writing from my home in Washington, DC, on the evening of the Fourth of July, deeply troubled by the display that has just unfolded a few miles away on our National Mall. President Donald Trump, in defiance of all tradition, turned our nation’s birthday into a paid-by-US-taxpayer campaign rally. His effort was countered by a rally of opponents who denounced his policies, especially the separation of families and incarceration of asylum-seekers on our southern border.

Today’s events put into sharp focus the fact that there are two Americas. We are more deeply divided than at any time since the late 60’s/early ’70s when we were torn apart by the war in Vietnam and the Black-led civil rights movement. Although we have weathered many storms since then, the issues that separated us 50 years ago have never really gone away. How we see race and diversity and how we understand America’s role in the world continue to define the sides in our fractured nation.

With the passage of time, some have forgotten the depth of the hatred that infected us fifty years ago. Black Americans fighting for equal rights and social justice were beaten, spat upon, and arrested. Similarly, those who opposed the war in Vietnam were reviled as cowards or traitors. Martin Luther King Jr., who is today referred to by leaders in both parties as a revered historical figure, was despised by not only Southern whites who feared to lose the privilege of their race but by politicians, Northern and Southern, who denounced him as a disruptive force. And it is difficult to erase from memory the scenes of military vehicles rolling down the streets of Chicago and police beating up anti-war protesters who had gathered in that city to demonstrate against then-President Lyndon Johnson’s support for the Vietnam war.

The intervening years remained contentious. While we came together in the aftermath of the 9/11 terrorist assaults, we fractured once again over the war in Iraq. There was a brief moment, after the election of Barak Obama, when many were lulled into thinking that we had moved beyond our racial divide. The scene of an African American being sworn in as President spoke volumes and held the promise of a different future for the country.

It was not to be the case. Within months after Obama’s inauguration, the Tea Party and birther movements were born, challenging not only the new president’s policies but his legitimacy as an American citizen. As these movements grew, the divisions deepened, reaching the levels they are at today.

Polls show that on a range of social, economic, and political issues, Americans live in two different realities. Called, by some, a partisan divide, it is, more accurately, demographic in nature. On the one side are young people, minority communities, and educated women, while on the other is a grouping largely comprised of white, middle-class, middle-aged, and men, many of whom claim to be “born-again Christians.”

Donald Trump didn’t create the rift that is so obvious in today’s America. It’s more accurate to say that he was created by it. Without a doubt, however, the manner in which he conducted his campaign and his presidency not only preyed off of this divide, he also added fuel to the raging fires. He has courted white nationalists, fueled nativism and xenophobia fostering fear and resentment of “others” – Blacks, migrants, Muslims – and portrayed America as a much-beleaguered victim taken advantage of by other nations. Although he loves to boast about the power of America and doesn’t hesitate to threaten enemies with unleashing our military might, he has been loath to use the US military abroad.

In addition to his divisive policies, his rhetoric, in speeches and tweets, has increased the rancor that has come to characterize our national discourse. He routinely demeans his opponents, insulting their intelligence, their looks, and their manhood. Many are shocked as he continues to hurl abuse at the late Senator John McCain and stunned when he broke with Presidential protocol and engaged in a derisive partisan attack on Democrats while addressing US troops stationed at the Demilitarized Zone in South Korea.

This brings me to today’s campaign rally at the Lincoln Memorial.

National celebrations, like the 4th of July, are supposed to be occasions when we put aside differences and recall the founding principles that brought our nation into being. They are supposed to play a unifying role. There was none of that today.

I remember reading a study by the great anthropologist, Clifford Geertz “Ritual and Social Change: A Javanese Example,” in which he discusses how the religious, ethnic, and class divisions that were percolating in Java in the 1950s impacted a funeral. The funeral ritual, as it had developed over time, was intended to bring together the diverse elements of the family and neighborhood of the deceased and, at least, for a time, create unity. In observing the funeral, in question, Geertz noted that the centrifugal forces unleashed by changes underway in Java were so strong that instead of unifying the community, the funeral exacerbated the divisions leading to further fracturing. And so just as I was troubled by President Trump’s insistence on the presence of tanks on the Mall, having jets and bombers fly overhead, and giving a speech from the steps of the Lincoln Memorial, with reserved seating for Republican officials and campaign donors, I was also disturbed by the counter-demonstrators who carried huge inflated balloons, one of a baby Trump in a diaper and another of Trump sitting on a toilet. Part of me was screaming inside, “this is not who we want to be, these are not the values we ought to project.” But, alas, it is who we’ve become.

What remains to be seen is whether we, as a nation, can put this evil genie back in the bottle, making this 4th of July the last time we display our contempt for each and rancor and find a way forward to rebuild some semblance of national unity. I fear that it will not happen anytime soon. Generations of division will not be easily erased. There is no magical formula for overcoming fear and hatred of the other. But it is the challenge of our age; we must either meet it head on or the dream of which Martin Luther King Jr. spoke on the steps of the Lincoln Memorial, 56 years ago, will never become a reality.