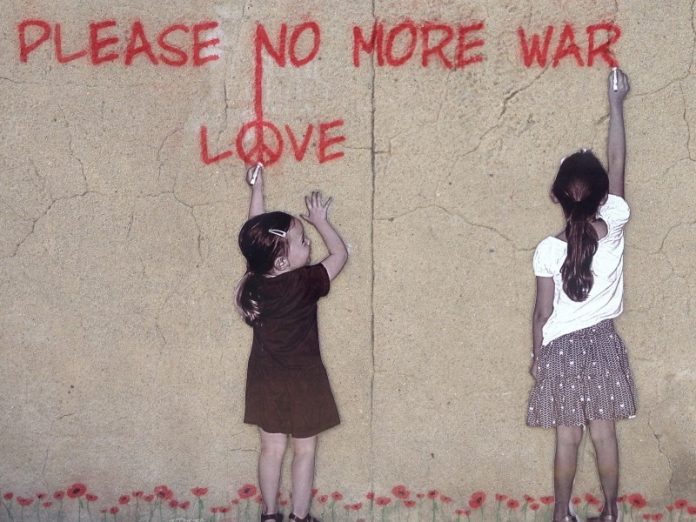 The US drone attack that assassinated Soleimani, the head of the Iranian Revolutionary Guards elite Quds Force​, represents an unsettling major escalation in the US involvement in the region.

Given Soleimani’s record, there should be no tears shed over his demise. He and his minions have played a central role not only in Iran’s increasingly violent​, destabilizing role throughout the region, he also led efforts to brutally repress Iran’s domestic democratic movement and the recent uprising against corrupt Iranian-backed sectarianism in Iraq. Despite this, Soleimani’s assassination is deeply troubling for several reasons.

In the first place, no one should be foolish enough to imagine that this will be a “one-off” event. Iran and its allies throughout the region will no doubt find a way to respond to this attack, with the strong likelihood that the US may become fully engaged in a regional conflict with the Islamic Republic. The question, therefore, ​that must be asked is whether or not the US military and public are prepared for a long-drawn-out conflict that can become damaging, deadly, and costly.

Next to be considered is the regional impact of this attack and the conflict that may follow. If recent history has taught us anything, it is ​that the unanticipated consequences of hostilities must always be considered.

In a real sense, the US and Iran have been at war for a number of years now. The Iranians, feeling the damage done by US sanctions on their economy, have been playing a deadly game testing the resolve of the US. Their aggressive and provocative behavior in the Gulf; their meddling in several Arab countries; and their brazen attack on Saudi oil facilities – have all been met with so little response that the Iranians appear to have felt a certain sense of impunity.

Now, the game has changed and a central figure of the Tehran ​regime has been assassinated. Just as it is unlikely that the Iranians will directly retaliate for this act, it is equally unlikely that they will sit on their hands and not respond to the challenge. What remains to be seen is how and where they will respond and, more importantly, where that will lead us and how great the resultant damage ​will be.

A third consideration is that the attack has taken place in Iraq. If anything has become clear in our recent Zogby Research Services (ZRS) polling in Iraq, is that most Iraqis are tired of their country being used as a playground for regional conflict, especially the conflict between the US and Iran. In fact, our polling has shown Iraqis increasingly upset with the role played by both the US and Iran in their country. Majorities see both of these countries as having been the major beneficiaries of the wars that have ravaged their nation since the US invaded in 2003. Iraqi attitudes toward the US have long been extremely unfavorable – giving the US single-digit favorable ratings and equally low ratings for “contributes to peace and stability in the region.”

Iran fares no better. Up until 2018, Iran’s ratings in Iraq were somewhat higher than those given to the US. In 2018 we saw a significant ​shift. For example, when we asked Iraqis what concerned them most about Iran, they told us that it was Iran’s role in their country. And this negative assessment of Iran’s role was shared not only by Sunni Arabs and Kurds but by ​a substantial percentage of Shi’a Arabs, as well.

The bottom line ​is most Iraqis are fed up with foreign meddling in their lives. Not only have they had enough of the United States and Iran. They appear to fed up, as well, with corrupt sectarian leaders, violent sectarian groups, and the dysfunctional sectarian political system that was imposed on them both by the US occupation and aided and abetted by Iranian meddling.

As the recent uprising in Iraq made clear, young Iraqis, especially Shi’a, were ready to lay down their lives not only to challenge corrupt leaders in their government, they were also challenging Iran’s role in backing these leaders. When we asked Iraqis who they blamed for the violence against the young demonstrators, a majority obliquely, but pointedly, suggested “outside foreign hands.”

The questions that must now be considered are:​ What impact will this assassination have on domestic Iraqi politics? Will Iranians turn against the US for this act? Will it be seen as the US, like Iran, using their country as a playground on which they pursue their deadly competition? Will the fragile unity across Iraqi sect lines hold, or will it fray? And should the Iranian response occur within Iraq, will this lead to a renewed sectarian conflict in Iraq with Iranian-backed militias engaged, not in a direct assault on the US, but rather in low intensity but still deadly and destabilizing attacks on the US and its interests and allies?

I hope that a few things are clear to readers of my column. In the first place, I have long been opposed to the so-called Islamic Republic of Iran. It was born as a counter-revolutionary brutal and repressive regime that from its inception sought to export its “revolutionary” sectarian ideology. It has meddled in other countries and has become a menacing presence in the region.

At the same time, I have long been a foe of American foreign policy in the Middle East. It has often been so short-sighted in the pursuit of its narrowly defined, selfish, and domestically driven interests, that it has brought untold suffering to millions. Because the US never considered the regional impact of its policies or the consequences of its actions or inaction, we have more often than not been a source of great instability.

I opposed the Iraq ​War precisely because policymakers never understood nor were they equipped to deal with what would happen the day after the Saddam regime fell. For the same reason, I opposed the Obama Administration’s actions in Libya. This is why I fear that no good will come of the assassination of Soleimani. He will be replaced. But the potential for an expanded conflict which no one should want, and for which no one is prepared, is too great. As I said, I’ll shed no tears that ​Soleimani is gone, instead, I will save them for the tragedies I fear are yet to come.

Economic support packages/ 44% of beneficiaries were women and girls