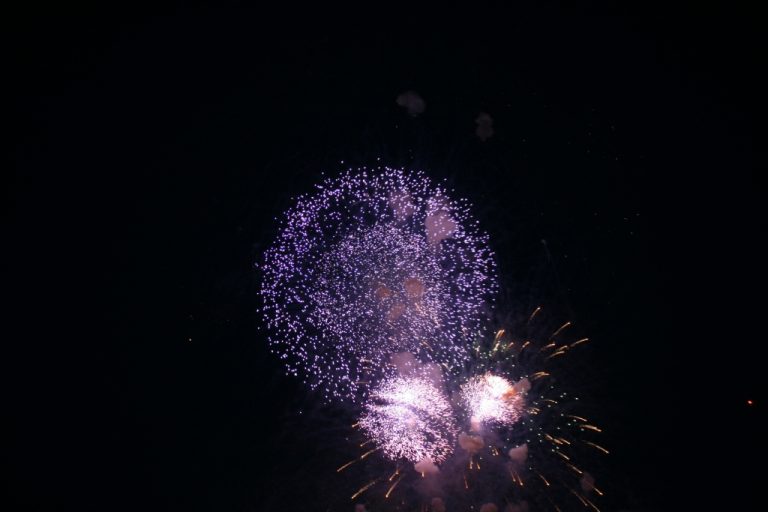 When a massive car bomb exploded outside Elie Hobeika’s house in a Beirut suburb last week, it destroyed one of Lebanon’s most violent and controversial figures. A renowned womaniser, Hobeika had much blood on his hands. Who was responsible for his death, just a quarter of a century after the start of the civil war in 1975?

Two days before he was killed, Hobeika had met a Belgian parliamentary delegation in Beirut and agreed to testify in a war crimes trial against the Israeli Prime Minister, Ariel Sharon, which may be held later this year in a Brussels court  not that Sharon will ever set foot inside it. Sharon is accused of complicity in the massacre in 1982 of over 1,000 men, women and children in the Palestinian Sabra and Chatila refugee camps in Beirut. A Belgian senator, Josy Dubie, was quoted as saying that Hobeika had told him several days before his death that he had "revelations" to disclose about the massacres and felt "threatened". When Dubie had asked him why he did not reveal all the facts he knew immediately, Hobeika is reported to have said: "I am saving them for the trial".

Inevitably, suspicions were aroused that the Israelis had Hobeika killed, but they adamantly deny it. "Israel has nothing to do with this event", said the Israeli Foreign Ministry spokeswoman, Yaffa Ben Ai. There were others after Hobeika’s blood. "He became a burden to all the parties and nobody wanted him alive", as Khairallah Khairallah, a Lebanese political analyst in London, said last week. As Khairallah pointed out, Hobeika’s killing benefits not only Israel but also the Lebanese parties, which want to put all the blame on the Israelis for Sabra and Chatila, whereas in fact the massacres were carried out by Christian Lebanese.

Born in Kleiat in the Lebanese province of Kesrwan in 1956, Hobeika married Gina Raymond Nachaty in 1981. They had a baby girl, Sabine, in 1981, who died the following year, and a son called Joseph in 1983. Hobeika began his career as a militant in his early teens, climbing the ranks of the Phalangist Party, founded by Pierre Gemayal and modelled on European fascist organisations, and later their progeny, the Lebanese Forces. Then an extreme right-winger, trained by Israel, he was fervently hostile to leftists, Islamic factions and their Syrian supporters. He was said to have been deeply influenced by the massacre of much of his family and the rape and slaughter of his fiancée by Palestinian militiamen at Damur in 1976. This led to a hatred of Palestinians.

He left school after completing his baccalaureate examination and joined the Banco do Brasil in 1978 as an office boy. After escaping an attempted coup against him by the Phalangist Samir Geagea, he went to study in Damascus.

Meanwhile in Lebanon, the crucial ethnic balance was changing after the bloody expulsion in 1971 of Palestinians from Jordan. These immigrants, many of whom were armed, increased the Palestinian population in Lebanon to 300,000.

Civil wars in Lebanon are rooted in its ethnic balance or imbalance. Hobeika was at the heart of Lebanon’s Maronite, Roman Catholic community. There had often been tension between these Christians, who had accepted union with Rome in the twelfth century, and the Druze, a closed and very heterodox sect of Islam. These have been Lebanon’s two main historical groups. The Maronites, who live defensively in the mountains of Lebanon which are their only home, tend to deny their Arab ancestry, to regard their country as the eastern frontier of the Christian West and to believe that it belongs to them. Probably named after the Syrian hermit St Maron, they are Monothelites, who hold a half-way position between the Melchites, who believed that Christ had both a divine and human nature, and the Monophysites, who believed that he had only one nature. The Melchites used the Byzantine rite and followed the Patriarch of Constantinople into schism with Rome in the eleventh century.

Ever since 1860, when the Druze massacred 11,000 Christians in Lebanon while in neighbouring Syria thousands more were killed in tandem by Sunni Muslims, Maronite Catholics have looked increasingly outside their country to their historic ally, France, for protection. After Lebanon secured independence in 1943, a National Pact was agreed. The Maronites, with 30 per cent of the population, held the presidency, Sunni Muslims, with 22 per cent, the premiership, and Shi’i Muslims, with 19 per cent, the speakership of parliament. A figleaf of this agreement survives today. It allowed Lebanon, this beautiful country on the border of the Mediterranean, to enjoy stability and become prosperous, though American marines had to quash a civil war in 1958.

With the influx of the Palestinians, all that was changed. Now the ethnic balance swung dramatically against the Maronites, who sought army protection for the status quo which favoured them. On the other side was the Lebanese National Movement, a cluster of left-wing and Muslim groups supported by the Palestine Liberation Organisation. In 1975 civil war broke out which was to last for 16 years.

Myth has it that the war was between right-wing Christians and left-wing Muslims. In fact, it was between many sub-factions on both sides. The war saw terrible inter-Maronite violence. On 13 June 1978 a Phalangist commando group led by Samir Geagea and backed up by Hobeika launched an attack which killed their fellow Maronite, Tony Franjieh, together with his family and his guards. The order had come from the Phalangist military commander, Bashir Gemayel, angry that Franjieh’s pro-Syrian father Sulaiman had refused to accept the growing Phalangist relationship with Israel. According to Sulaiman, the Phalangist gunmen first forced Tony Franjieh and his young wife to watch the shooting of their baby, then made him watch the murder of his wife, then killed him.

In the fateful year of 1982, Israel invaded Lebanon, with Hobeika acting as liaison chief. He was the Phalangist leader guarding inmates of the Beirut Palestinian refugee camp of Chatila when Gemayal’s son, Bashir, was assassinated on 14 September shortly before his inauguration as President of Lebanon in September 1982.

Hobeika claimed that there were 2,000 Palestinian terrorists hiding in the Sabra and Chatila camps. On 15 September the Israeli army, which had invaded Lebanon in June, occupied west Beirut. On 16 September the Israelis held a crucial meeting with Phalangist officers at which they agreed to allow Phalangist militiamen to hunt out terrorists in the Sabra and Chatila camps. A second meeting was attended by Hobeika, and it was agreed that he would be in charge of the operation. The inevitable massacre began that night. On the following day the Israeli General Drori ordered the militiamen to stop the operation but, after a further meeting with the Phalangists, the Israelis agreed to allow them to remain until the following day.

When given the green light by Israel to enter the camps, the Phalangist militiamen slaughtered up to 1,000 men, women and children, often with knives. Some estimates of the killings go as high as 2,000. The Israeli army lit flares over the camp; to help the killers, according to Israel’s critics, according to others to help the militias to target Palestinian terrorists. In his book Pity the Nation, the journalist Robert Fisk accuses the Israelis of lending their Phalangist allies bulldozers to bury the dead, of preventing camp-dwellers from fleeing the camps and of forcing those who tried to escape back inside.

The Phalangists rampaged until Saturday morning, killing and raping indiscriminately. On that day Morris Draper, one of President Reagan’s envoys, sent a message to Sharon: "You must stop the massacres. They are obscene. I have an officer in the camp counting the bodies. You ought to be ashamed. The situation is rotten and terrible. They are killing children. You are in absolute control of the area, and therefore responsible for the area."

The Israelis mounted a commission of inquiry under Yitzhak Kahan, president of the Israeli Supreme Court, to investigate the massacre. Sharon was found to have borne both "personal responsibility" and "indirect responsibility" for the carnage and was forced to resign as Israeli defence minister.

The commission heard how Hobeika was asked by a Phalangist colleague over the radio what should be done with the 50 Palestinian women and children prisoners. He had replied: "This is the last time you are going to ask me a question like that. You know exactly what to do." His colleague had laughed in response.

Much of Hobeika’s notoriety depends on an account of his life in a book by one of his bodyguards called Robert Hatem, otherwise known as "Cobra". The book, From Israel to Damascus: the painful road to blood, betrayal and deception, covers his alliance with Israel and his subsequent "betrayal" of the Christian resistance in return for Syrian political patronage.

Hatem recalls Hobeika, nicknamed HK after the Heckler and Koch machine-gun he favoured, once celebrating with his thugs his release by the Lebanese Army after a brief imprisonment. "We ate, drank and saw the video film of the Israeli raid on Entebbe aimed at liberating a hijacked Israeli El Al plane. I remember we were so excited that we believed we were actually the Israeli commando forces operating the raid. I felt so close to HK then, that I pledged to give him my life. Elie Hobeika was the hero and the bold and daring ‘knight’ I had to follow and serve. He felt the need for my skills. From then on, I became his shadow and his ‘dog’…I honestly and truly believed then that the future of Lebanon and its Christian people was in HK’s hands. He was the brain, I was the muscle. I had to protect and preserve him by carrying out his orders on public and private levels. His name, Elie Hobeika, was no longer uttered. He was HK. A set of initials that terrified and struck awe into the people of the eastern regions."

Hatem claims that Hobeika’s collaboration was crucial to Syrian control of Lebanon. He calls Hobeika a war criminal. "I was hypnotised", he writes. "I was doing what I was told, throwing people out of upper-storey windows, shooting others in the swimming pool."

The Saudi-inspired Taif accords of 1989, the blueprint for peace, reflected the new reality. Now the Maronites lost their pre-eminence and became subject to Syria. After 1989 the Sunni Prime Minister, not the Maronite President, was the real power in Lebanon.

After the civil war ended in 1990 Hobeika was amnestied like many others and became Minister for the Displaced, which seemed to many highly ironic given his violent record. Nevertheless, employees maintained that he took the job seriously. In October 1992 he was appointed as minister for social affairs and the handicapped, an even more astonishing portfolio, and in 1993 minister of electricity and water. He was reassigned as the minister of electricity and water in 1996, a period which saw massive power cuts and little electricity. The government was outraged at the corruption of his ministry.

The device which killed Hobeika was the first major car bombing in Beirut since a 1994 explosion at a church killed 11 worshippers, and the first political assassination of a leader since 1995, when a Muslim cleric was gunned down on a Beirut street. It is a reminder of a terrible period in Lebanon’s history as well as of the Mafia-style behaviour of Lebanon’s militia groups; a terrible chapter, too, in the story of the gradual demise of the Christian presence in the Middle East. Hobeika reflects the past: there are no warlords in power in Lebanon today.