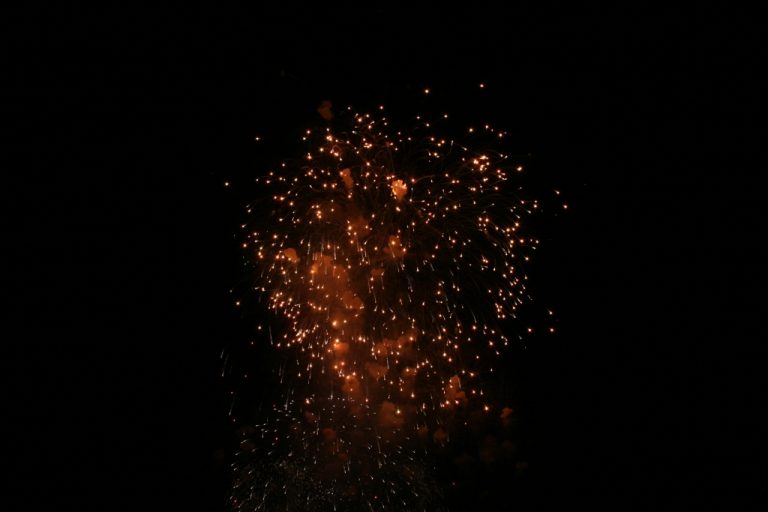 Evoking the last Egyptian peacemaking attempt led by presidential adviser Osama el-Baz in Washington as lining up with the US- Israeli stance about international observers, a recent editorial of the Jerusalem Post (August 21) quoted President Hosni Mubarak as declaring: ” If there aren’t genuine intentions to stop the violence, the international observers will not make a difference.” The Israeli paper considered that this is a “new positive tone”.

So, if it is not Cairo that is blocking the evolvement towards the implementation of the Mitchell plan, as it has been rumored by the Israelis themselves angered by the withdrawal of the Egyptian ambassador to Tell aviv, who does? We have here a situation where the Israelis recognize that Cairo is not outbidding over peace and war issues. Better: two days later, the same newspaper, reporting about the Arab Foreign Affairs’ emergency summit in Cairo, went to the extent of announcing that they are ” reluctant to back Arafat”! (That was the headline!) Thereupon, the reader should choose between two possible interpretations: either the Arabs are washing their hands from Arafat’s ” costly cause”, or at last they have understood that Sharon is a better investment for peace!

These are some of the ways the Israeli media use to cheat their own people. The expected result would be an increasing popular belief that Sharon is well applying the right policy! More from his miraculous expeditious medicines would lead the Israeli people to peace!

Yet, although these are not complete lies, they are not the truth either. To take a sentence from its context, and to display it with a hundred percent zoom, is just dishonest. The frame you would thus obtain would not include the whole picture. Some important details would go blind, and that is exactly the point: Some Israelis do not wish to see the mess. They prefer to fight the windmills, like Don Quixote, pretending to see and hear anything but the tragic reality.

What the Israelis omit is the fact that whether the Arab States want it or not, they are not the real makers of the Palestinian decision. How many times the Arab leaders met in emergency summits since the outburst of the Intifada? The answer is: five times at least! Does that fact change anything on the ground? The Israelis know the answer. There is a lot of talk, and little action. This Arab official failure to deal with the conflict otherwise than by giving the Palestinians promises, should have shown the way to the people seeking a real peace: straightforward negotiations between Israel and the Palestinians, the Syrians, the Lebaneses, as was the case with the Egyptians or the Jordanians.

Instead of that, the Israelis believe that if Sharon cannot make the Palestinians kneel, nobody can! So what happened? When Sharon started his plan of political assassinations, the Palestinians retaliated with more suicide bombing operations. The Saudian Arab News reported recently that Israel Minister of the Interior himself experienced the horror of being threatened.” He was visiting members of a political party in a hotel. While there, he received an anonymous telephone call that he would be assassinated. The police and the full panoply of the Israeli security apparatus were quickly mobilized and the minister was evacuated from the hotel by a helicopter”.

Obviously, the violence may be blind. Those who use it as a political means may not always have time to distinguish their target. An error can occur. Whether the victim is an innocent child or a Minister in the Israeli or the Palestinian governments, is matter of conjunction and chance, when it is not actually planned. Marwan Barghouthi – a senior official in Fatah- like the Israeli Minister, know something about that. Other Palestinians and Israelis who escaped death miraculously – Arafat included- know also that this is an eye for eye equation. The PA head is reported to have already prepared his underground refuge, with the latest French equipment for command, control and communications, in case the Israelis decide to go ahead with their all-out offensive plan. Then, he would flee either to Cairo or to Baghdad. Some Israeli reports say that he has been building a chain of command centers, ammunition depots and weapons-storage areas below the earth of Gaza, even before the election of Sharon. Whether these are facts or mere conjecture is another question. The point is that the mistrust between the two parties has been increasing since the period preceding Sharon’s election. The gravity of the situation caused the failure of the peace process, prior to the outburst of the Intifada. Yet, what was at stake since then – and is still on the agenda of any serious talks to come- concerns mainly the future of the Palestinian people, that can neither bear the occupation, nor accept a diminished statehood.

Now, it is no less obvious that the Israelis who accuse Arafat of playing a double game are blind as regards the behavior of their own government. On the one hand, they reject any intervention of the Europeans if it must be translated on the ground in sending international observers. And on the other hand, they accept Mr. Fischer’s European backed initiative, without whispering a word about its real conjunction.

One cannot miss though how the Germans themselves pictured the whole thing. The Frankfurter Allgemeine (Aug. 23) wrote for example that when Mr. Fischer found himself meddling for the first time between Palestinians and Israelis- after the disco incident in Tell aviv – last June, it was by mere chance. He had not planned to be there at that precise time. But now, it is a different matter, ” symptomatic (…) of a sense of reality and respect for European attempts to create a common foreign policy.”

Would Sharon pretend that he is not aware of the possibility of a long- range European commitment? The same German newspaper would then remind him that ” Mr. Fischer, who claims to speak and act on behalf of Europe and not in competition with America, is occupying the area that President George W. Bush and Secretary of State Colin Powell are obviously leaving vacant in conceptual and diplomatic terms.”

The day before -(:22)- the New York Times reported that the USA endorse Mr. Fischers efforts to ease the crisis, and that Mr. Powell has spoken to his German counterpart. A State Department spokesman, Philip Reeker – according to the N.Y.Times– said: ” the Germans of course are trusted friends and close NATO allies, and we welcome their constructive efforts with the parties.”

Oddly enough, Haaretz reports the same spokesman as saying that he ” was not aware of any particular meeting that is scheduled”! The same newspaper went on: ” Asked whether Fischer, who has just wound up a visit to the Middle East, did in fact get Israeli and Palestinian agreement for a Perez-Arafat meeting, spokesman Philip Reeker replied:” I have not seen anything to that effect”!

Who was lying then? And- above all – for what reason?

One thing is sure: For the Arabs, all these little games between Europeans and Israelis and Americans, are not fun. Whether there is competition or not is none of their business. It may even seem as tragic as stupid as a game, since so many lives are suspended to that process. The Arabs remark however that despite the rhetoric they are displaying, the Europeans are not of much help to the Palestinians. Many doubts arise as to the real objectives of the expected meeting between Peres and Arafat, albeit it is said almost everywhere in the Western media that it was the latter who asked for it.

Did Arafat ask for it really?

If he did, then he was merely responding positively to an initiative that was not unknown to Peres. The latter could not actually ignore that some days before Osama el-Baz’ visit to Washington, former Justice Minister Yossi Belin (Israeli Labor) met Egyptian Foreign Minister Ahmed Maher in Cairo. Belin’s trip to Egypt was seemingly intended to sound out the ground for two proposals: the first concerns what is currently named “Gaza first”, and the second aimed at obtaining agreement for another “Madrid Conference” this October, on the tenth anniversary of the 1991 conference that kicked off the peace process.

Almost at the same time, it was reported that Sharon gave Peres a conditional “green light” to negotiate with Palestinian leaders for a cease- fire. According to some sources, Peres discussions with the Palestinians had continued secretly for some time, and had already been approved by Sharon after Peres met Arafat in Lisbon at the end of June. Has Peres tried to sell his plan about “Gaza first” to Sharon, and has the latter tried to convince him to sell it out first to the Arabs? Anyway, President Hosni Mubarak made it sure that this plan could not be accepted, as it has been reported by the London based AL ARAB. Let’s notice by the way that according to this plan, Israel should unilaterally withdraw from the Gaza strip, dismantle Jewish settlements and enable Arafat to declare Palestinian independence there. The move would be conditional on a general cease-fire, renewal of security cooperation, the arrest of “wanted” activists and other confidence-building moves.

Assuming Belin’s failure to convince his Arab interlocutors, has Peres tried to launch another “offensive” consisting in what is currently called “the rolling cease-fire”? And most of all, is that what he is going to sell to Arafat in Berlin if they meet?

If this is the case, the game is already limited and the maneuver’s margin for the Europeans quite tight. Under such auspices, Berlin meeting would be just a station, where the “travelers” would have a little drink, not really a buffet even if they are starved to death!

Anyway, Arafat cannot ignore the fact that if negotiations there are in Berlin or anywhere else, with the benediction of the Europeans and the Americans or with their sub-plots, all the same, he would be actually negotiating namely with Peres, but in fact with Sharon, for he is the man in charge. He must know also that there is no European plan, as it has been rumored of late. The position of the Europeans was enough clear during the discussion of the situation in the Security Council. Nobody would oppose the American veto: there is on the one hand, the rhetoric, and on the other, the facts. The Quai d’Orsay spokesman made sure that there is an agreement between the Europeans not to cause any division in the Security Council. According to the same source, since returning from Africa, Mr. Vedrine has talked with Mr. Fischer, with his Belgian counterpart at the European Union presidency, with Mr. Piqué and Mr. Ruggiero. The same message will be expressed to the parties.” It is Mr. Fischer who is defending the EU positions to the parties”… which are – one is attempted to add -: no plan! Do whatever you are doing so far. We will watch!

Now, if something else results from the expected Berlin meeting, such as a more practical and more responsible and positive approach to the conflict, would it sadden the Americans – because it is a European initiative? Or the Israelis because it would bring some peace? Or the Arabs because it would end the Palestinian ordeal?

Could anyone imagine the collapse of a second wall in Berlin? Think it over.