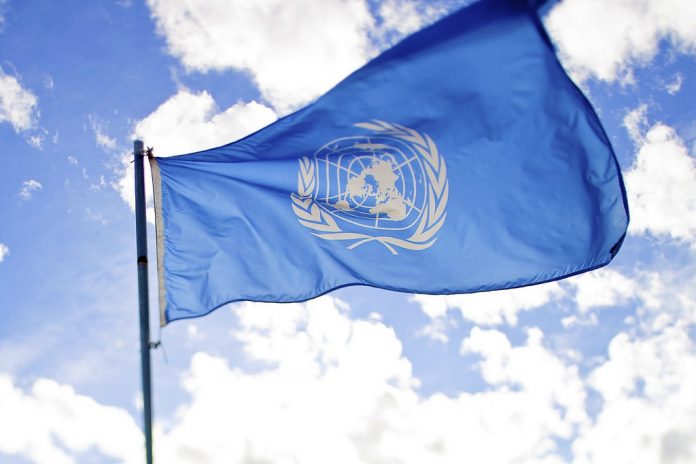 For 70-odd years, the world has experienced a period of relative peace and stability achieved through global cooperation and the establishment of empowered international organizations such as the United Nations. However, these consensus-building bodies are not as “new” as conventional thinking might suggest.

As far back as the 14th and 15th-century Spanish and Portuguese adventurism that gave birth to globalization, it became increasingly apparent that nations or empires were better off seeking compromise through quiet diplomacy at conference tables than the violent, unrestrained use of gunpowder politics. For instance, it was the 1495 Treaty of Tordesillas and the 1529 Treaty of Zaragoza, negotiated at the behest of the Catholic Church, that ensured Spain and Portugal, the foremost powers at the time, would not go to war over newly “discovered” lands in the Americas and Asia.

In the early 20th century, along came US President Woodrow Wilson with his famous “14 Points” aimed squarely at the foundations on which European powers had built their supremacy. They were an indication of growing efforts to create an international body whose sole aim was to consolidate Western domination and discourage conflict by urging open diplomacy, disarmament and cooperation, enforcing restrictions and disincentivizing war as a foreign policy tool. If the Western world wanted to maintain its supremacy and prevent a second Great War, the superpowers had to adopt more inclusive and global thinking and institutions, and new conventions. Countries were urged not to spend precious economic and political capital on dominating through force of arms, but rather to preserve long-term global peace and stability. This led to the establishment of the League of Nations, a precursor to the UN and its agencies.

Ultimately, it would take another World War to establish the UN and other international institutions, fully empowered and focused on maintaining global peace and stability. The world had finally come to know the dangers of unfettered unilateralism and extremism, and was ready to do something about it.

More institutions were established to address the economic side of the global inequality. After all, if poverty and economic decline made extremist ideology inevitable, the world needed international institutions such as the World Bank and International Monetary Fund to ensure Western economic dominance and a stable global economy through growth-focused policies, increased regional integration and greater international cooperation.

To most of the world, extremist beliefs are abhorrent, but when such thinking has given us Donald Trump, Marine Le Pen, Geert Wilders, UKIP, Britain First, the League (Italy), AfD (Germany), SPD (Czech Republic) and the ENF (EU Parliament) it is clear that the established international order is facing serious dangers from even the most developed nations that benefited from it the most.

So what needs to be done?

There is some hope in that, unlike when the League of Nations foundered in the two decades between the First and Second World Wars, most current world leaders and populations were born and grew up when international cooperation and global integration were the norms. Coupled with the lessons of history, political science, warfare, economics and sociology that denounce extremism, populism and aggressive militarism, the world would surely not allow a return to violent times.

Should the UN cease to be relevant, the resulting decline in global cooperation would eventually lead to another world war, but this time there would not be much of a world left given the stockpiles of chemical, biological and nuclear weapons. We cannot “replace” the UN; the only way for the organization to continue being relatively effective in carrying out its peacekeeping, stabilizing and consensus-building duties is to engage in serious and wide-ranging reforms of the existing order to address modern realities.

Despite the UN’s descent into weakness and its many failures to prevent or end war and suffering and defend international principles (which the US itself set up, developed, championed and even enforced), 73 years of relative peace have made the UN extremely important, especially now when so many countries have taken to flirting with extremism as an answer to their domestic social ills. The UN, its offshoots, sister institutions and other stabilizing mechanisms actually work, albeit slowly, and have done for nearly three generations; they must not be abandoned, but reformed and strengthened.

In fact, it is paramount that the organization encourages member nations to educate younger generations, through appropriate academic curriculums and other activities, on the virtues of closer cooperation beyond just economics and national security. Other international institutions and supranational bodies should do the same.

The world has already seen that only chaos and instability will result when radicalism and populism go unchecked.