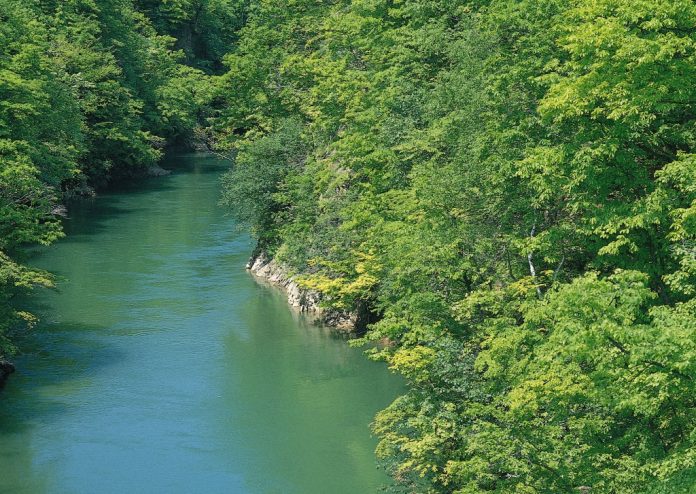 The view from Ahmed Khalil Abu Samra’s window is a bleak one. To one side is an Israeli military post. To another, towards the Palestinian town of Dayr al-Balah in the central Gaza Strip, lie Abu Samra’s wrecked greenhouses and the remnants of uprooted olive and fruit trees. Out back is the Israeli settlement of Kfar Darom, behind a high-voltage fence the Israeli army erected on his property this spring. Abu Samra’s son’s house sits in ruins behind the fence. A freshly cut bypass road — connecting Kfar Darom to Israel proper — runs past his front door. Carved from his land in December, the road is guarded by heavily fortified watchtowers with machine gun emplacements. All visitors to Abu Samra’s house must pass through the gunsights.

“I am a prisoner in my own home,” says Abu Samra, a regal man of 60 with still-black hair and a flowing white robe. His family has owned the land for generations, but his house is now an island in an ever-widening sea of Israeli settlement, a casualty of what human rights groups say is a systematic campaign of home demolitions, crop destruction and land confiscation carried out by the Israeli army under the guise of security operations.

Demolition with a Difference

Abu Samra’s situation, though extreme, is far from unique. Citing the need to protect Israeli settlements and military posts from attacks by Palestinian gunmen, the Israeli army has demolished 269 homes and destroyed 2,280 acres of Palestinian agricultural land since the beginning of the current intifada, according to LAW, a human rights group based in East Jerusalem. What is exceptional about the destruction of Abu Samra’s property is that he says he did everything he could to accommodate the Israelis, and it didn’t make any difference.

Shortly after the electrified fence went up in December, says Abu Samra, soldiers warned him to remove the trees closest to the fence, contending that Palestinian gunmen could use them as cover when firing on the settlement. Abu Samra complied, cutting down the rows of palm trees abutting the fence. But at 11 pm on February 8, the soldiers came anyway. By one in the morning, they had hacked down 240 palms, 80 olive trees, 80 orange and lemon trees, bulldozed two acres of greenhouses and destroyed four water wells. Five months later, the wreckage is still visible in every direction. “I cut because I wanted to avoid the bulldozer,” Abu Samra says. “I thought that if I cut [down the trees] they wouldn’t come.”

An Israel Defense Forces (IDF) spokesman, maintaining that the settlement often came under heavy fire from Abu Samra’s land, says the demolition was necessary, if regrettable. “Did [Abu Samra] tell you that Hamas and the tanzim use his house to shoot from?” the spokesman asks. “Unfortunately, when our soldiers are getting fired on, there’s nothing we can do. We have to fight back. Only since the intifada have we done this.” Abu Samra insists that no one has shot at the settlement from his land.

Contrary to the IDF spokesman’s assertion, home demolition and land confiscation are well-established practices in the Occupied Territories: every Israeli government since 1967 has used them. According to a 1999 Amnesty International report, at least 2,400 Palestinian homes were torn down in the West Bank alone between 1987 and 1999 — approximately 200 per year. “The demolition of Palestinian houses is inextricably linked with Israeli policy to control and colonize the West Bank,” the report stated, adding that “construction of [settlements] has depended not just on finding land…but on alienating it from the Palestinians.”

Though the rate of demolitions and confiscations has accelerated since the current uprising began, the real difference is that Israel now generally cites security concerns for its operations. In the past, Israeli authorities usually pointed to administrative regulations, such as “building without a permit” to explain the demolitions. Human rights groups counter that the government often refuses to issue building permits to Palestinian communities under its control to restrict their growth. Though less common during the uprising, administrative demolitions, such as the razing of 14 homes in Shuafat refugee camp in East Jerusalem on July 9, still occur.

The tenuous US-brokered “ceasefire,” which went into effect on June 13, has not stopped the operations, nor has Israel’s self-declared policy of “active restraint.” Rafah, the dusty, shell-scarred town on Gaza’s border with Egypt, has been particularly hard hit since the ceasefire began. At three in the morning on June 23, bulldozers and tanks rolled into a neighborhood in the refugee camp, crushing 20 houses and rendering 110 people homeless. They returned on July 10 to demolish 14 more.

“There was no warning,” says Mohammed Barhoum, a 55-year old refugee who lost his family’s house to the June 23 demolition. “I was asleep when I heard the tanks, and all I could do was get the children and get out,” he says. Days later, Barhoum is still trying to salvage what he can from the rubble. As he speaks, members of his family sift through the rubble, pulling out clothing, kitchenware, a child’s school bag. Barhoum, who built the house in 1980 and scoffs at the idea that it was used to shoot at Israeli military posts, cannot understand why the army destroyed his house. “Our life is very sad,” he says, “from when we are born to when we die.”

Palestinians and human rights groups maintain that the latest round of demolitions suggests a political rather than a security agenda: to maintain control over the West Bank and Gaza Strip indefinitely, through an ever-expanding network of settlements, using bypass roads to link them with Israel and military positions to protect them. “Yes, this is a planned-out policy,” confirms Nizar Farsakh, research assistant at the Applied Research Institute of Jerusalem (ARIJ), which studies land and water issues in the Occupied Territories. “Slowly, slowly, [the Israelis] are demolishing houses as they build their roads and settlements.”

IDF spokesmen are careful to maintain the official line, but occasionally the government is more candid about its intentions. “If we don’t keep this territory clean, at the end of the day there will be irreversible facts on the ground that will reduce our ‘maneuvering space,’ if you can call it that, as we enter into negotiations,” said Israel’s Deputy Head of Civil Administration David Bar El in 1998, as quoted by Amnesty International.

A look at a map of the Occupied Territories suggests that army destructions of Palestinian property are anything but random. Confiscations, occupations and demolitions overwhelmingly occur in strategic areas — land adjacent to settlements, such as Abu Samra’s, or fields that can be paved over with a bypass road connecting an isolated settlement with Israel. “It’s important to see where the [targeted] houses are located and why,” says Jad Isaac, director general of ARIJ. “It’s not arbitrary. These sites are meticulously selected. They are for the bypass roads or new zoning for the settlements, to increase Israeli control.” Or as Israeli Prime Minister Ariel Sharon put it in an interview with the Israeli newspaper Ha’aretz on April 12, “It’s not by accident that the settlements are located where they are. They…provide strategic depth which is vital to our existence.”

Many of these areas, of course, have been major flashpoints during the intifada, but following its operations the army often expels Palestinians or annexes their land, either for settlement or military use. In a recent incident, the IDF bulldozed eight houses in the villages of Wadi al-Amayer and al-Odeirya, south of Hebron, in retaliation for the murder of an Israeli from the nearby settlement of Susiya, according to the Palestinian Center for Human Rights. The houses were located near Road 60, a bypass road connecting the southern Hebron area settlements with each other.

In the village of Nabi Salih, northeast of Ramallah, the IDF occupied a Palestinian house on a hilltop directly across from Halmish settlement on July 8. Arriving at four am, the soldiers evicted Abd al-Karim Mustafa Tamimi and his family, along with their furniture, and set up a command post. The house is one of the highest points in the village and, according to a Reuters report, the IDF seized it because it provided a vantage point for protecting the settlement. A few hours after the seizure, a soldier guarding the house explains that “there was fire [on the settlement] from this area,” but he does not know if it came from Tamimi’s house. “You’ll have to talk to the District Commander about that,” he says.

In Beit Lahia, a sleepy farming town in the northern Gaza Strip, the army began bulldozing mango trees and knocking down greenhouses belonging to Mahmoud Abu Halima and his extended family on January 21. In mid-June, soldiers strung a barbed wire fence across his fields. The fence almost isn’t necessary because most of the family is too scared to set foot on the land now.

A few hundred yards away on a hilltop by the sea, the terracotta roofs and ivory walls of the Dugit settlement gleam in the sun. The blue-and-white Israeli flag flaps in the breeze, while a tank watches over the fields below. Abu Halima, a 45-year old with a sun-browned face, says that soldiers shoot into the village at night, and that the army has closed off most of the fields near the settlement and built an access gate. “I expect them to confiscate it soon,” he says.

Back near Kfar Darom, Abu Samra peers through the wire mesh that covers the windows in his front room. He installed the mesh in the spring, after Israeli settlers broke some of the windows with rocks. He has no intention of leaving his home, no matter what happens. “Where else can I go?” he asks. “I’ll die here inside rather than go out.”