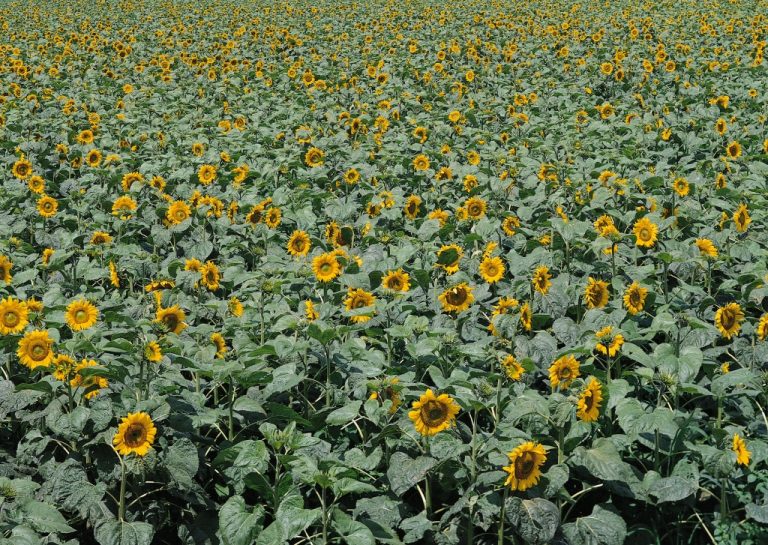 For generations, Palestinians have only known Yasser Arafat as their leader, freedom fighter and spokesperson for their legitimate rights and aspirations for independence and a homeland. Palestinians have placed their intellectual and emotional trust in him to deliver them from the grasps of enslavement and persecution. Arafat has played that role for the last 35 years. He became the wily politician survivalist who was adept at playing Arab against Arab, Palestinian against Palestinian, Israeli against Israeli, and confused the world over time as to his true intentions. He has logged more travel miles than anyone in modern history while enjoying the celebrity status of a guerilla Statesman. Since Oslo, he became more interested and arrogant in his new roles as White House Statesman, Albright hand-holder, and popular Western media celebrity. With his deteriorating health, time became a valuable commodity. He was determined to fulfill his dream of being the first Palestinian President of an independent Palestinian State, regardless of the geographic, historical, religious, economic and social framework of such a nation. To him, the ends justified the means.

For decades he held secret meetings and contacts with Israeli officials while keeping his people and the Arab nations in the dark. He approached Oslo single-handedly and secretively without informing or coordinating with the Arab leaders who have supported him for years. Oslo forced the Arab world to refashion and readjust its political dynamics with Israel and the United States. With the death of Oslo, Arafat once again found himself marooned in need of Arab and Islamic support. Unfortunately, his worth and capital to his people and to the Arab leaders and masses has greatly diminished.

What does Arafat have to show for his Oslo capitulation? Over 260 Palestinians dead and approximately 8,000 woundedmany disabled for life; homes blown up by helicopter rockets and missiles; indiscriminate tank shelling of towns and villages under siege; interrupted food, water and medical supplies; and the inhumane shelling of ambulances carrying the woundedall over the period of less than two months. Arafats impulsive nature to make rash decisions goaded by his own ego and compliant aides have sacrificed the noble Palestinian cause for Israeli and American crumbs and Bantustans while allowing Israel to dictate the agendas of peace and occupation. Even Masjid al-Aqsa became fodder for the Arafat-Israeli political and public relations one-upmanship. Arafat has failed Palestine, failed himself, and failed to dedicate, sacrifice and focus himself on the Palestinians living in squalor refugee camps who hardly ever see or hear him. Even the Pope looked more at ease and more sympathetic to the plight of the refugees of the Dheisheh camp than Arafat, who appeared uncomfortable, embarrassed and more anxious to leave the squalor of his people.

After Arafat and the Pope left the camp, the refugees unleashed their anger and frustration at their government with stones, stones usually meant for enemies.

Arafat is responsible for the arrogant weapon-wielding and occupying PLO force that led to disasters and more ill feeling toward the Palestinians in Jordan and Beirut. The PLO in Beirut established a government by force imposing its will on the hapless Lebanese. Its leaders lived in extraordinary comfort pursuing a playboy-ish lifestyle while the health, welfare and economic standards in the refugee camps continued to deteriorate. When the PLO was forced to leave Beirut, the only thing they left behind for the refugees was the angry, sour distaste of the Lebanese people against them.

Arafat has done his part for Palestine but his failed politics, corrupt government and America-pleasing attitude has only led to more funerals. He has no respect from within or without his people. He embarrasses himself and his people whenever he appears on American television with his egotistical pronouncements, histrionic gestures and broken English that only serves to reinforce Americas already bigoted assessment of him. His stupid, awkward salute in front of Clinton is demeaning to him and to all Arabs. Why salute the man who blames you for your murdered children?

Arafat can take heart in the fact that he is not alone in his lackluster, self-serving leadership qualities. In that regard, he joins most of the Arab and Islamic leaders who are more content with preserving their chairs, maintaining their applauding media, while keeping their populace hungry, poor, illiterate and threatened with jail, death or disappearance should they raise their voices. Some Arab leaders would rather shoot their own citizens than let any harm come to the Israeli or American embassies. However, as a result of a few days of protest from their masses, the best the Arab Summit could do was buy time with a $1-billion-bribe to bury the martyrs and silence their cries for freedom. Arafat to his eternal shame accepted the money and the bribe to continue his doomed Oslo path littered with apartheid promises and daily funerals. Not to be outdone, Clinton immediately sent Congress a request for $480 million in emergency military aid for Israel to replenish the weapons and bullets lost in the organs of Palestines youth. In effect, America pays for the murders while the Arabs pay for the funerals. No one it seems is concerned with the living and their hopes and dreams for a breath of life and freedom in Palestine. To paraphrase Abba Ebans famous phrase: The Arab, American and Israeli leaders never miss an opportunity to miss a Palestinian.

OSLO IS DEAD AND ARAFAT MUST GO. Arafat has outlived his usefulness. The peace of the brave has become the peace of the grave. The Palestinians must democratically elect new leaders with a new vision, new energy and new political and economic strategies. A war of attrition will only deprive Palestine of its future. Only a coordinated Arab Islamic and Christian effort supplanted by a willingness to sacrifice political and economic relations based on UN resolutions 242 and 338 will ultimately succeed. Arab Christians have been forgotten in this conflict, yet their suffering at Israels hands is just as serious. Their participation is vital and needed to influence Western public opinion. The strategy must be developed soon emphasizing a massive public relations campaign worldwide to take advantage of a new American Presidents honeymoon, especially if George W. Bush is elected. An international protective force for Palestinians seems the rational first strategy that a new American President can support without expending too much Jewish capital.

Palestinians must elect new leaders dedicated to their people, not their wallets, leaders educated and sophisticated enough in politics, economics and Western culture, leaders with experience in the modern media with excellent command of English, leaders who above all will have the support and commitment of their people; leaders who can reach the minds and hearts of the American taxpayer, who only knows the Palestinians as terrorists and sends his hard-earned tax dollars to Israel to kill children; leaders who understand Zionism, Judaism, Christianity and Islam and can speak effectively on such topics; leaders who can come to American churches, synagogues, and mosques and deliver a moving message of hope and peace; leaders unafraid to speak directly to the American people with truth, passion and compassion.

A forceful, revolutionary and bold move would be to elect Dr. Hanan Ashrawi as President of the Palestinian Authority. Western politicians and the media will have finally met their match. An elegant, eloquent, highly educated Christian woman with a respected international reputation and good relations with Israeli citizens, an educator already known in the U.S. who above all knows what it is to hold shot Palestinian youth in her arms. If elected, Palestinian Muslims must support Dr. Ashrawi to show the world Islams inclusiveness, respect, and support for a Christian woman.

After 52 years of despair, painful suffering and failed Arab support, Palestinians recognize that their struggle against Israel depends more on their own will, hard work, intelligence and sacrifice than on the support from a lost, divided, demoralized Arab and Islamic world. Within weeks of the Arab Leagues deplorable summit hastily arranged by Americas Mubarak to appease the marching masses, the Organization of the Islamic Conferences (OICs) meeting in Qatar was an even greater failure. As Muslims, we have long tolerated our un-Islamic leaders who fear us more than they fear Islams enemies. Their military and police are used against us lest we awaken and demand a life of faith, hope and prosperity. The protection of their chairs is more important than the protection of the blood that spilled from Muslim children in Palestine. Our leaders lack religious or democratic legitimacy from their people thus they are more comfortable in importing labour and dealing with Western banks, governments and institutions than they are in supporting their Muslim brothers and sisters. It isnt a lack of resources but a lack of will both among our peoples and our leaders. As long as Arabs and Muslims accept the status quo with an irrational subservience to authority, we deserve our rulers and our destiny. Our rulers, following Western propaganda, have instilled in our youth an almost knee-jerk rejection of Islam as a faith detrimental to democracy and progress. Ironically, in the West, people are searching for a spiritual life while we are abandoning ours. There is nothing in Islam that prevents or prohibits any nation from achieving its ultimate potential in any field. It is only autocratic rulers who seek to keep their people subjugated and ignorant who fear the liberation and justice of Islam.

Democracy, pluralism, respect for human rights, justice and tolerance are the hallmarks of Islam. Despite Americas lip service to supporting democracies, America will always oppose democratically elected Islamists in any Islamic nation, as is the case in Turkey, Algeria and Egypt. America recognizes that a nation steeped in Islamic law, religion and tradition will not submit to its political, economic, military and cultural hegemony.

How should we proceed as Arabs, Christians and Muslims? A totally revamped political strategy is needed by the Arab and Islamic nations that emphasizes international legitimacy, human rights, justice, peaceful coexistence, a nuclear-free Middle East, economic cooperation and prosperity. A well funded, organized public relations campaign aimed at Western public opinion, especially in the United States, is needed to influence Western leaders and counter the Zionist propaganda that has done more harm to the Palestinian cause and Islam than any military victory. Perhaps the launching of a new Islamic satellite channel to enlighten the West with images and words of the cost and consequences of their blind support of Israel . A carrot and stick strategy has been effective for the Zionists; it can be effective for the Islamic world. Make no mistake that the Palestinian conflict is the fulcrum of the larger East and West conflict. As far as Palestine goes, so goes the East-West relationship. We must face our demons and our internal truths and build upon our faith, and Allah (SWT) will make us victorious. We have seen our enemy and the enemy is us.

Tragically, time is needed to awaken our masses to the culpability of our leaders in squandering our lives and resources for selfish, secular reasons under the guise of a pseudo-intellectual revolution toward progress and modernity. Our Ummah will continue to pray in fear, silence and intimidation.

Israel may militarily win the security argument but will lose the long-term peace it seeks while America may win the peace for Israel but lose its long-term security and national interests in the region and the Islamic world.