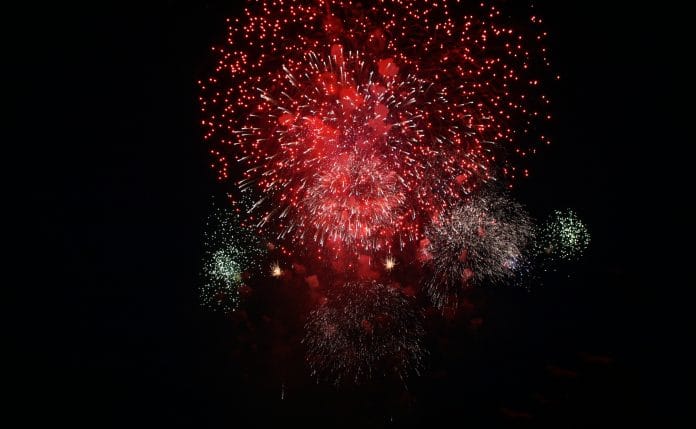 “Of all tyrannies a tyranny sincerely exercised for the good of its victims may be the most oppressive.”

George Bush proclaimed his plan to fight tyranny during the inauguration speech but the crucial question is: who are the tyrants and the tyrannized. The problem with giving definition and elucidating is that everyone can be measured against it, which explains why terms like ‘terrorism’, ‘tyranny’ has remained vague; such words are usually invoked to denigrate the opponents of the US. It is only by clarifying the terms and debating its meaning a worldwide consensus can be achieved, forming common ideas and universal principles. Therefore, as a small contribution towards that process and a world that is increasingly becoming monopolized by a unipolar mass media let us look at some examples how the others view “tyranny”.

a).So, let’s end the tyranny of the trigger-happy US soldiers; murdering Iraqi families, shooting unarmed demonstrators, torturing prisoners and executing the wounded. Only recently the world witnessed the shocking images of Iraqi parents shot dead in front of their children [1]. I pray and hope that those children will grow up to seek vengeance from the US and put an end to those real tyrants from the ‘democratic’ and the ‘free’ world. Simultaneously, the shocking pictures of the British soldiers engaging in acts of barbarity in Abu-Ghraib style was brought to surface by chance when the photographic developer in the shop reported the case after witnessing the pictures. Otherwise such cases would have remained as allegations or conspiracy theories confined to the Internet websites.

Can you imagine the mindset of these criminal invaders; they take these pictures as souvenirs for friends back at home and perhaps to meet the demands of the perverted associates around them; this speaks volumes about these so-called ‘liberators’. It does not matter how isolated or frequent these cases are but to recognize the root cause: the criminal invasion and that is where the buck stops, the source of tyranny.

b).How about ending the tyranny at Abu-Ghraib, camp X-Ray and other US-run and UK-run prisons, where innocent prisoners are not ‘abused’ but tortured, even to death, using conventional and unconventional means. The latter method is subjecting the prisoner to all sorts of depraved sexual-perversions, exemplifying the values generated by the ‘freedom’ loving ‘liberators’. They have defiled and polluted an Islamic orientated society with their carnal driv! en abhorrent traits.

c).As they say charity begins at home. Why not end the tyranny at home where the non white Americans are daily targeted. Like the abovementioned case, it was only by chance that some bystander recorded the brutality meted out to Rodney King by the racist white police officers, is how we came to know. Hence, imagine the crimes that have not been caught on camera, crimes that are not witnessed by anyone. Also, the economic tyranny persists as the gap between the rich and poor continues to increase causing further social disorder, increase poverty and crime.

d).What about ending the tyranny of the third-world debt, where the rich nations are making a fortune at the expense of creating poverty around the world. Unfair trade practices to dubious loans handed to despotic regimes that eventually end up back in the western banks, resulting in crippling the poorer nations into further debt and untold human misery. The motto seems to be that live the American dream even though it may cause nightmares to the rest of the world. Removing the interest based debt is a real measure to remove tyranny rather than to have the rich and famous! making the annual donations to increase their popularity, enhance their ego and of course, it all helps to lighten the guilt accumulated as a nation as they continue to bleed the poorer nations of the world.

e).When will the tyranny end in the land of occupied Palestine? Should the Arabs/Muslims continue to pay for the war crimes committed in Europe against the Jews, the birth place of anti-Semitism, Nazism and Fascism! Why can any Jew around the world can come and settle in Palestine but not the thousands of refugees displaced in 1948? Why is the world expected to go back to 1945 to compensa! te the Jews but it is “unrealistic” to go back to 1948 to compensate the Palestinians!

f).How about ending the tyranny on women and children as the US is one of the major countries to trade in human flesh. It is one of the largest producers and consumers of porn that forms part of the huge sex industry. Women are ‘liberated’ as objects for consumption; almost everything is sold or marketed around her flesh. Even the children are not spared as we witness the rise in child abuse and not a day a passes when another American or a Western tourist is caught in Thailand with under-aged (pre-pubescent) boys or girls. A cursory search in the Internet easily reveal the huge number of websites catering for whom (customers) and by who (sellers), satisfying such sexual-perversions and much worse. But I guess many would call this the economics of demand and supply of the free-market economy!

The so-called women’s rights manifested in terms of the superficial economical and political rights have not earned them the respect from the opposite sex. Nor has it led to tranquility as we witness the rise in divorce rates, broken families and drug dependencies. Genuine mutual respect is generated from the heart when there is profound conviction on persevering modesty and decency.

Think about a group of young men like football players, soldiers or office colleagues are intoxicated with alcohol, how do they relate to the opposite sex? In fact, even when they are sober, genuine respect is the last thing in the minds of those lads as their conversation barley rises above the waist lines. Naturally, a woman in their perception has been liberated when she is available for direct consumption or she exposes her flesh to entertain the seedy perverts in the clubs. But she is oppressed when she chooses to cover herself exhibiting modesty also distinguishing her self from the animal kingdom that has no notion of shame. We all remember how a lone US-based Afghani women was paraded semi-nude in a beauty contest as a symbol of ‘liberation’, yet no mention was made of the vast majority who maintained their modest veil in the! post Taliban era.

g).On the topic of tyranny, why is Mr. Bush so comfortable with the tyrannical regimes e.g. Egypt, Turkey, Saudi and Uzbekistan, that torture people to death for merely expressing their opinions? How does Mr. Bush reconcile his constant bragging about ‘freedom’ by allying with these countries? Or is the notion of ‘freedom’ only means something when one expresses a viewpoint that complies w! ith US interests.

h).If Bush wants to end tyranny then why does he continue to develop and stock pile the weapons of mass-tyranny? Weapons that burnet men, women and children to death, far more barbaric and painful than a few beheadings! Weapons that are sold in the market, huge profits are made in the business of death and destruction. Yet, Mr. Bush and his cohorts preach peace to the world. Deeds must match the words spoken otherwise it tantamount to exhibiting hypocrisy!

The proclamation to fight against tyranny is nothing more than declaring the US intention to further its domination of the world as Bush proclaimed: “The survival of liberty in our land increasingly depends on the success of liberty in other lands”. This means more military bases will be established, more puppet regimes installed and invade countries that show any inclination of opposing US interests. All will be done using the fig leaf of, UN resolutions and lofty slogans, in a world that is governed by the law of the jungle, i.e. “survival of the fittest” or “might is right”!