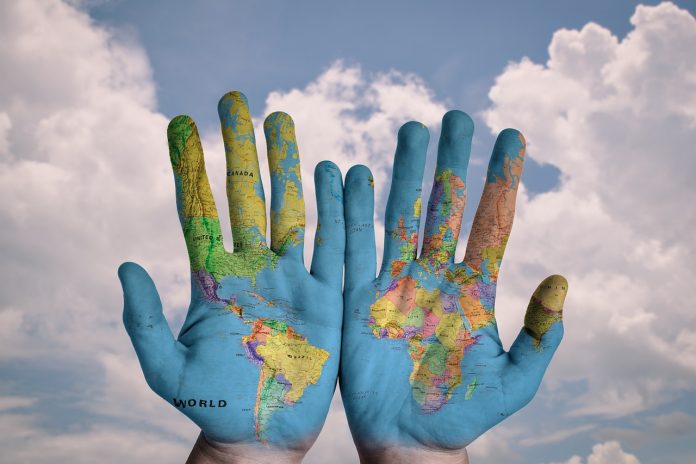 The Organisation of the African Unity (OAU) establishment, was the culmination of a number of diverse and far-reaching historical currents and political trends both on the African continent and abroad. Of particular importance to the ideological formation of the OAU was the late 19th century Pan Africanist movement which emerged in the United States of America (USA) among Black American intellectuals such as Martin Delany and Alexander Crummel, who drew similarities between Africans and Black Americans. The sentiments among these intellectuals centered on the belief that in order for black civilization to prosper, it was necessary to establish their own identity, free from the USA influence and oppression.

On the continent itself, a number of prominent intellectuals and heads of states such as Kwame Nkrumah of Ghana, Julius Nyerere of Tanzania, Sekou Toure of Guinea and Kenneth Kaunda of Zambia took up the cause of advancing the Pan-African ideal. To this list, one must add Gamal Abdul Nasser of Egypt and Emperor Haile Selassie of Ethiopia as having been amongst the founding members of the OAU.

A series of Pan-African congresses were convened to further the interests of African peoples and discuss methods to achieve unification. At the fifth congress held in Manchester, England and attended by Nkrumah, among others, a number of significant aspirations and concerns were voiced. The Congress advocated for the “complete independence of the African continent and total rejection of colonialism and exploitation in all its forms”. It called for the unification of Africa through regional blocks and the adoption of democracy. The congress also advocated the importance of economic regeneration to replace colonial economies geared towards primary resource extraction and exploitation resulting in a phenomenon that would later be termed “Dutch disease”.

Regarding security matters, the Congress preferred to assume a stance of “positive neutrality”, in line with the Non-Aligned Movement (NAM) or non-interference, for which the OAU would later come under scrutiny. However, many of our leaders remained aligned to their former colonial masters, either by choice or political pressure.

Among the colonial masters, we must include the illegal Zionist entity of Israel. Israel actively participates in the economic re-colonization of our continent in the guise of “homeland security”. They provide countries on the continent with military weapons. These armies secure the ruling elite who allow their western / Zionist masters to loot the country and the continent. How does militarising the African continent secure Israel?

With the political landscape in the Middle East changing, Israel’s colonial project is facing a new threat. With the Chinese and Russian influence in the region increasing it can no longer rely on the unconditional support of the US. Hence its expeditions into Africa.

The Organisation of African Unity (OAU) was established on May 25, 1963. It was disbanded on July 9, 2002, by its last chairperson South African President Thabo Mbeki and replaced by the African Union (AU). The last Secretary General of the OAU was Mr. Amara Essy from Cote d’Ivoire, West Africa.

The Organisation of African Union had a clear mandate, which was detailed in its charter and the accompanying structures and mechanisms. To understand the establishment and development of the OAU, it is important to consider the specific foundations of and reasons for the establishment of an International Governmental Organization (IGO). Such reasons include:

In a nutshell, the OAU did realize most of the mandates that it set for itself in the OAU Charter. Chief amongst them was the liberation of the entire continent from Colonialism which was achieved in its life span. However, it left behind one “black hole” in the form of Western Sahara which remains under occupation by Morocco. It is very disappointing to note that some Francophone West African countries have pushed the agenda of reinstating Morocco into the AU before any resolution on the issue of Western Sahara.

Diverting from the topic, allow me to mention a new development that has occurred at the time of my writing this article. This development must be understood in the light of what I refer to as the “French-African Connection”. Relations between French and Italian authorities are severely strained to say the least. On Sunday 20th of January 2019, the Italian Deputy Prime Minister Luigi Di Maio, set the cat amongst the European Union (EU) Pigeons when he openly accused France of continuing to colonize Africa, including the CFA franc. This currency was created specifically for the West African Francophone countries. It is monitored by the French reserve Bank. Hence the currency of these West African Francophone countries remains colonized to this day. French policy in Africa has always been suspect as it seeks to perpetuate its colonial muscle on its former colonies. It’s no coincidence that the readmission of Morocco into the African Union has been aided mainly by the West-African Francophone countries at the instigation of France. When Dr. Nkosazana Dlamini Zuma left the AU, these Francophone countries stepped in and started to implement pro-France policies in Africa.

Fast forward to the present day. One is tempted to pose a few questions. Who builds the African Union headquarters? Are there any strings attached to the project? Is Africa indebted to its donors? If so, for how long? The project seems rather dubious. Is it not re-colonization being implemented covertly?

In conclusion, I argue that the stationing of the African Command (Africom), and the Russian, and Chinese militaries on our continent must be viewed with distrust and cynicism. The conditions of the agreement between these governments and the African leaders should be made public. These clandestine agreements should not be happening in the 21st century. African leaders must realize that re-colonization is taking place while they, i.e. leaders, are looting the wealth of the poor.

Africa’s development must be initiated by Africans led by African intellectuals and morally upright politicians with a constructive and affirmative vision for our future generations.

We cannot mortgage the wealth of the continent to outsiders. This development only benefits the few who are in “leadership” positions and their cronies. African leaders should be moral and ethical enough to enable them to make decisions that benefit their own people and not those of the colonial masters.