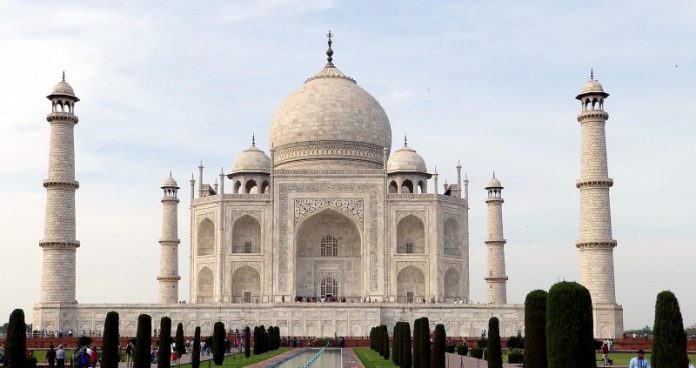 Last Wednesday (March 4, 2020) the US Commission on International Religious Freedom (USCIRF) convened a hearing about the intent and impact of India’s amended Citizenship laws and the Rohingya Muslims’ issue in Myanmar to help develop policy recommendations for the US government in response to the issues. Members of the commission along with an invited panel of experts expressed concern over the Citizenship Amendment Act (CAA), saying that it could result in the “wide-scale disenfranchisement” of Muslims in the country.

The new Indian citizenship law passed by the Hindutvadi-dominated parliament in December 2019 offers citizenship to non-Muslim religious minorities from Pakistan, Bangladesh, and Afghanistan but not to Muslims. After the enactment of the law, protests erupted across the country over fears that the CAA may marginalize the minority Muslim community.

Hindu American Foundation (HAF), one of the leading Hindu bodies in America, has accused the USCIRF of conducting hearings that perpetuate misinformation about the intent and impact of India’s amended Citizenship laws. Such accusations of the HAF are simply ludicrous!

The Foundation is long known for promoting Narendra Modi’s Hindutva agenda amongst the  Indian Americans, and has been alleged by its critics of raising saffron dollars that promote bigotry and intolerance – mildly claimed to be Hindu nationalism – all across India, which has, sadly, made Gandhi-Azad-Nehru’s India unsafe for the non-Hindus. As a matter of fact, thanks to Modi, as rightly stated by Shashi Tharoor, it’s safer to be a cow than a Muslim in India.

Where are the human rights of Muslims of India whose forefathers believed in the promises made by its founding fathers? What we witness, instead, is that Muslims are being killed for just appearing to be Muslim not only by the Hindutvadi mobs but also by the very police who are supposed to protect and come to the rescue of the victims of hatred. As we had witnessed nearly two decades ago during the anti-Muslim pogrom in Gujarat when Modi was the chief minister of that state, in recent weeks once again the Indian police had been a party to the crime by participating in such pogroms against Muslims.

One may recall that on February 27, 2002, within hours of the Godhra incident, Modi declared that the Pakistani secret services had been to blame; he then had the charred bodies paraded in the main city of Ahmedabad; let his own party (BJP) support a state-wide strike for three days. What followed was mass bloodshed: 1,000 dead on official estimates, more than 2,000 by independent tallies. The vast majority of those who died were Muslim. Mobs of men dragged women and young girls out of their homes and raped them. In 2007, the investigative magazine Tehelka recorded boasts from some of the ringleaders. One, Babu Bajrangi, boasted of how he slit open the womb of a pregnant woman. As noted by the investigative journalist, Rana Ayyub, author of the book – Gujarat Files: Anatomy of a Cover Up, such was the intensity of the crime against Muslims in 2002 that the Supreme Court of India called the Modi government in Gujarat “Modern day Neros who looked the other way while young women and children were burnt alive.”

There is a name for such crimes – it’s not communal riot; it’s called pogrom. And as the latest pogrom in Delhi once again demonstrated a peaceful protest by progressive Indians against the ruling BJP government’s highly discriminatory and criminally intended Citizenship Amendment Act (CAA) was not tolerated by the BJP and the RSS hoodlums.

Prime Minister Modi himself fired the first bullet with his trademark toxic innuendo. At an election rally, he said the anti-CAA-protesters could easily be “identified by their clothes”—implying that they were all Muslim. This was untrue since many non-Hindus had participated against the CAA. But Modi’s statement gave the license to Hindutvadi fascists to mark off the population that must be punished and killed. Not surprisingly, several mosques were burned including the Qur’an, Muslim women raped, Muslim owned homes and properties burned and more than 40 Muslims lynched to death.

Home Minister Amit Shah delivered the most communal speeches during the recently concluded Delhi elections in which the BJP lost to the Aam Aadmi Party. He asked the voters to press the voting button with such anger that the (Muslim) protestors at Shaheen Bagh felt the current.

Two days before the latest pogrom began in Delhi, Giriraj Singh, Minister for Animal Husbandry and Fisheries in Prime Minister Narendra Modi’s cabinet said Muslims should have been sent to Pakistan in 1947 during the partition of India. Shortly after that inflammatory speech, another legislator from Modi’s BJP, Kapil Mishra, made a provocative speech in New Delhi standing next to a high-ranking police official, in which he condemned the Shaheen Bagh protestors demonstrating against the discriminatory Citizenship Amendment Bill that threatens the existence of the 200 million-strong Muslim population in India. Either the cops must clear them out, he said, or ‘we will take things into our own hands’.

Within hours, Hindu mobs, some carrying saffron flags, vandalized mosques and set fire to properties belonging to Muslims. As reported in the Time magazine, in one such incident, an 85-year-old woman was burned alive while the mob outside chanted Jai Shri Ram, a Hindu devotional that has become a racist dog whistle against Muslims. Videos of police breaking CCTV cameras and taunting prone and bleeding Muslim men while filming them with their smartphones circulated on social media.

What has Modi and his fascist Hindutvadi government done to allay the fears of the minorities? Nothing. His fascist agenda has been at the heart of the problem and not the solution. Not too long ago, he himself gave the most incendiary speech mocking riot victims, calling relief camps set up for Muslims, child producing factories.

So, when such news of anti-Muslim pogroms are widely documented and confirmed by unbiased, investigative journalists, it’s not misinformation but the attempt to call it as such to cover the heinous crimes of Hindutvadi fascists is repugnant. Obviously, HAF is trying to distort the truth and whitewash the crimes of the fascist Modi government.

We should not be surprised by such impious and ignoble attempts by the HAF. It is worth noting that in September 2019, the HAF published a letter, co-signed by what was described as “a record number of 230 Indian-American organizations in the US”, asking congressman Ro Khanna to withdraw from the Congressional Caucus on Pakistan and criticizing him for a tweet where he had stated that “it is the duty of every American politician of Hindu faith to stand for pluralism, reject Hindutva, and speak for equal rights for Hindus, Muslims, Sikhs, Buddhist, and Christians.”

Shame on the HAF for supporting fascism and its new ‘avatar’ – Modi!

We thought that Modi, the Butcher of Gujarat, would repent and mend his ways evolving into a real human being, esp. since he was elected the prime minister of India. But an old fascist never repent, neither learns nor does anything good for the ‘other’ people. Modi continues to prove the old maxim. His first term in office witnessed Muslims being lynched to death under the pretext of preserving the cow while the Hindutvadi murderers walked free.

The second election win has simply emboldened Modi to repeat the Gujarat experiment at a much larger scale, affecting the Muslim minority that comprises 15 percent of India’s population.  Muslims are more threatened than ever before in India’s checkered history of state-sponsored hatred, intolerance, and communalism.

Modi’s repeat victory in India, once wrongly touted as the largest democracy and model of secularism, proves that Hindutva has become the new face of India, enjoying popular support. [The ugly facts, to paraphrase Arundhati Roy, are: India has neither been a democratic nor a secular state.]

The CAA, much like the highly discriminatory 1982 Citizenship Law of Burma that erased the citizenship rights of millions of the Rohingya people, provides the necessary backdrop for justifying anti-Muslim violence in India. We have already witnessed how such fascist Acts enacted at the highest citadel of power are exploited by criminal regimes to sanction pogroms that quickly turn into genocide as part of a national agenda to eliminate the targeted minority. The tell-tale signs of genocide are all there in Modi’s India for anyone serious to see its all-too-apparent symptoms and stop this menace before morphing into an eliminationist project, something that is faced by the Rohingyas of Myanmar.

The HAF propagandists should know that they cannot sanitize India’s Hindutvadi blood-stained image by condoning hate crimes and pogroms against minority Muslims. As aptly put by Shashi Tharoor in his 2015 Lok Sabha speech, India cannot sell itself to the world as a “land of pluralism, tolerance, and Gandhianism while encouraging intolerance, communal hatred and minority insecurity within the country.”

As surviving victims would tell us there is nothing worse than the terror generated when a government openly turns on a section of its own population with all the power at its disposal. Just imagine the impact when the state pretends to be a democracy, where people choose their elected reps in open elections. It’s simply worse and traumatic that it is not easy for anyone outside the targeted community to either believe or comprehend!

Rana Ayyub, a survivor of the Bombay riots of 1992, was only a nine-year-old child when Modi’s party BJP was in power there. She writes in the Time Magazine (Feb. 28, 2020), “I was nine, a cripple when Hindu nationalists came home with swords to select me and my sister for gang rape. We survived when our Sikh neighbor came to our rescue. For decades I have been under treatment for Post-Traumatic Stress Disorder and a part of various groups to help heal my manic periods of anxiety. Almost once every month, the nightmare revisits me when I wake up sweating after a night-long of trauma when I reimagine men with swords at my doorstep. But I am a privileged Muslim from an upper-middle-class family, with access to therapists and the best medical facilities. Those killed and injured in Delhi come from the lower socio-economic strata where therapy and psychological care is a luxury they cannot afford.”

There will be no closure for surviving victims in India as long as fascists and mass murderers like Modi rules. Shame on India for re-electing such a butcher and calling it a democracy!

Rather than trying to defend the indefensible acts of the BJP government and its highly discriminatory policies that give license to kill minorities (like the Muslims), the organizations like the HAF should promote pluralism not just in Trump’s America but also in India where hundreds of millions of non-Hindus (Muslims, Sikhs, Christians, Buddhists, Dalits, and animists) are facing the brunt of state-sponsored pogroms in the hands of Hindutvadi fascists. The tens of millions of U.S. dollars that they collect under the pretext of India Relief Development Fund should not be spent for supporting a pernicious ideology like the Hindutva, which is the reincarnated version of Nazism and Fascism. The sooner the better for all humanity!