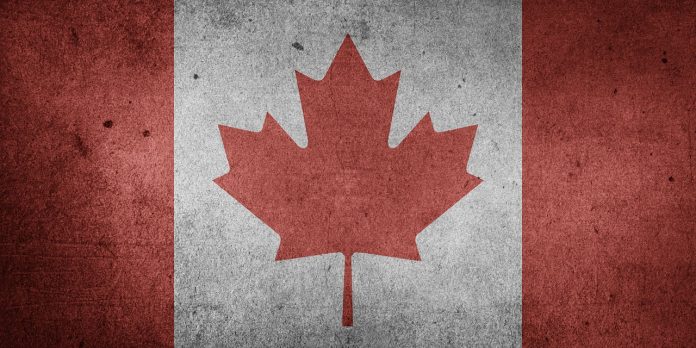 Immigration, Refugees and Citizenship Canada (IRCC) has closed its Parents and Grandparents Sponsor Program for Canadian citizens and permanent residents for 2018. The Federal Government in December 2016 decided to change the process for acceptance of an Application to Sponsor a Parent or Grand Parent from a first come first serve basis to a lottery approach. This year the online submission form to show interest closed at noon EST on February 1, 2018

In 2017 more than 90,000 applications were submitted for the lottery. However, a reported 90% of the submitted applications did not meet the financial requirements and had to be rejected. This failure to qualify meant that several invitations had issued to meet the target quota of 10,000 accepted parental and grandparent sponsorship for 2017. Early in 2017 and due to the demand for parental and grandparent sponsorships IRCC decided to increase the quota to 17,000.

Each sponsor has to sign an Undertaking of Assistance to support the Applicants.   This undertaking ensures that these persons and their family members do not have to apply for social assistance. The length of undertaking for sponsorship of parents, grandparents and their accompanying dependents is 20 years. The undertaking is an unconditional promise of support which is enforced by the Federal government. This includes dependents under the age of 22.

Online Interest to Sponsor form must be submitted in order to get an Invitation for 2019.

IRCC said those interested in sponsoring their parents and/or grandparents in 2019 will have to complete an Interest to Sponsor form online at the beginning of the year.

The Interest to Sponsor form is not an application to sponsor a parent or grandparent. It is the necessary first step for those who want to participate in the Parents and Grandparents Program, or PGP.

On August 20, 2018, the Minister of Immigration, Refugees the Hon. Ahmed Hussein made the following announcement:

In 2019, as in previous years, the Interest to Sponsor form will be available online, at the beginning of the year, so eligible potential sponsors can let IRCC know they wish to sponsor their parents and grandparents to come to Canada. However, instead of randomly selecting the sponsors to apply, we will invite them to submit an application to sponsor their parents and grandparents based on the order in which we receive their Interest to Sponsor forms. This process will continue until we reach the 2019 cap of 20 000 complete applications.

All interested sponsors are asked to first review the eligibility requirements qualify for the program, including its income requirements.

In order to qualify as a sponsor the following requirements must be met:

You CANNOT sponsor if any of the following restrictions apply:

The updated Interest to Sponsor form now asks interested sponsors to declare that they have the Minimum Necessary Income (MNI) to support those they hope to sponsor.

Federal Income Table for sponsors of parents and grandparents

The following table applies to residents of all provinces except Quebec. For each of the three consecutive taxation years preceding the date on which the application is submitted to IRCC. The sponsor (and co-signer, if applicable) must meet the Minimum Necessary Income, which is based on the Low Income Cut-offs (LICO) plus 30%.

Applicants must provide their Notice of Assessment received from Canada Revenue Agency (CRA) as proof that they meet the following minimum income requirements for the number of individuals in their family including the individuals being sponsored.

IRCC will select sponsors on a first come basis from the Interest to Sponsor submissions that it receives and invites those selected to apply to sponsor their parents and grandparents until the quota of 20,000 qualified applicants has been met.

Applicants now need to give their fingerprints and photo (biometrics) when they apply for permanent residence if from Europe, the Middle East or Africa.

There is also a “Super Visa” which allows a parent or grandparent to get a visa to stay in Canada for up to two years. The “Super Visa” is valid for 10 years. Medical insurance is required for a minimum coverage of $100,000 is also required. This alternative allows parents and grandparents to spend extended periods of time in Canada without the requirement of renewing a Visitor Visa every 6 months. The applicants must have valid passports that covers the duration of their stay in Canada.

This article is a short overview of parental and grandparent sponsorship and should not be considered a comprehensive guide. Please consult a qualified professional if you are interested in sponsoring someone to Immigrate to Canada or for any other Immigration or Citizenship questions.

Edward C. Corrigan is certified as a specialist by the Law Society of Upper Canada in Citizenship, Immigration and Immigration and Refugee Law. Edward can be contacted at [email protected] or at 519-439-4015.

Selvin Mejia is a Paralegal and Law Student associated with Edward C. Corrigan Law since 2005 fluent in Spanish and English. Selvin can be contacted at [email protected] or at 519-439-4015.