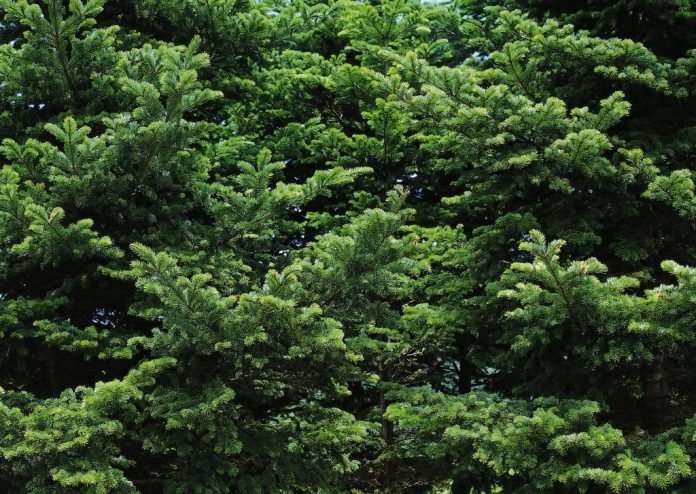 Score another public diplomacy point for Osama bin Laden in his war with the United States to win the hearts and minds of the Arab and Muslim world. At a time when the Bush administration seems determined to attack Iraq, the cradle of Arab civilization and home of the early Muslim Abbassid dynasty, bin Laden has come with a message of hope and inspiration as well as tactical advice.

The Bush administration may make much of the latest bin Laden tape aired today on Al-Jazeera. Colin Powell, in an unannounced visit to Capital Hill alerted members of Congress to the tape’s existence. News shows spoke of the tape, yet their information was so sketchy, they did not know if the tape to be aired on Al-Jazeera “tonight,” meant night in Qatar or night in the United States. As it turned out, it was 11 PM Qatar time, where Al-Jazeera’s is based, and 3 PM American time. This mix-up gives just a hint of the misunderstandings and American-centric perspective that underlies America’s ill-fated readings of bin Laden.

News reports further stated that the tape would bolster America’s case that the Bush administration has been making, namely, that there are links between bin Laden and al-Qaeda with Iraq and its leader Saddam Hussein. After listening to the tape, in Arabic, there does not appear to be that connection. What the Americans perceive is not what the Arab world is likely to perceive.

Most significant about the bin Laden tape is its timing. Two points stand out. One is the imminent nature of the war against Iraq. People in the region are fearful and Arab leaders have been inconspicuous by their silence. The only leaders speaking out are in Europe. Bin Laden spoke to the fears of the people with a message of hope and inspiration, “be patient” and rely on God and your faith. On the surface, such a message may seem ludicrous to a technology-driven society such as the United States. However, for people in the region, faith is seen as a very powerful weapon, especially when there is little else to that they can fight with. That bin Laden chose to speak to the people at this time, knowing their fears, underscored his image as a leader.

He further reinforced his image as a leader through his frequent referencing of the Quran, specifically battles of the Prophet Mohammed, and blessed the prophet with each mention of the prophet’s name. The mention of the Prophet, and blessing the Prophet’s name, emotionally resonates with the people. Such emotional references during such a stressful time increases the power of bin Laden’s overall message. In speaking of the battles from the Quran, bin Laden referred to those in which the blessed Prophet was outnumbered by the opposing troops and weaponry, but still emerged victorious by patiently persevering and with God’s help. The Quran says, “one hundred who patiently persevere will vanquish 1,000 disbelievers” (Sura 8, verse 66).

Bin Laden’s timing was significant for another reason: today is the first day of a major Muslim holiday, the Eid al-Adha. The holiday is one of two major Muslim holidays, the first holiday occurs after the holy month of Ramadan and the second occurs approximately 40 days later. The first, Eid al-Fitir, is the “little feast,” which the Eid al-Adha is the “big feast.” During both occasions, sending greetings to families and friends is top on the list of things to do. Greetings made on the “first day” of the three-day holiday carry more weight than those on the second or last day. Even though no one knows his whereabouts, bin Laden reinserted himself firmly within the fabric of Muslim society by airing his message on the first day of the Eid.

Bin Laden also gave some tactical advice. His message was not just about have faith and you will survive, but rather, have faith and take these practical, concrete steps. His reference to building bunkers, not panicking with the smart bombs, and extending the war so that foreign troops are forced to engage in urban combat significantly bolstered his credibility. He sounded as if it knew what he was talking about, and indirectly, he was further underscoring his image of leadership by sharing a personal experience of one particularly fierce onslaught of American weaponry that he and his group survived. The underlying message is, “We survived and so can you. Take heart, be strong.” And, as is typical of an idealized Muslim leader, bin Laden humbly gave credit of his survival not to his own forces, but to God and his faith in God.

Many U.S. commentators will most likely focus on the anti-American or Israeli references contained in bin Laden’s message. While this may be a rally cry for the Americans, it is more of a projection of what they feel is significant rather than what many in the Arab Muslim world may see. American analysts tend to focus on the content of the message, when it is the context of the message that carries the most meaning. Americans focus on the What. In the Arab world, it is the How, When, Where, or Why a person says something is often conveys what is important or significant.

When one looks at the how, when, where, or why of this latest bin Laden tape is fairly clear: in the battle for the hearts and minds of the Arab world, he is still a powerful force.

How he will use that force though, is not clear. If there is anything for the American officials to worry about it is not any direct links between Iraq and al-Qaeda, but rather that the message was so generalized. Bin Laden appears to be speaking to all of the Arab Muslim world, not “his operatives in Iraq” as some may claim by his reference to “his brothers in Iraq.” The use of familial references such as brothers, sisters, etc. is common. American officials may exploit that link, but in doing so they miss the underlying and much more powerful message and its intent.

Rather than any specific group of evil-doers, bin Laden’s audience appears to be the whole of the Arab and Muslim world. Speaking in a manner that resonates of commonality, he conveys a powerful underlying message of solidarity: “I [Osama bin Laden] am not the enemy. The United States is.” That generalized message, made to a generalized audience and occurring within the context that it did does not bode well for the young American troops and the emotional terrain they soon may be entering. If America and its troops are hoping to be seen as the liberators of Iraq, bin Laden has just eclipsed the United States with another, more powerful message to the entire region.

R. S. Zaharna is a Middle East analyst for Foreign Policy In Focus www.fpif.org and an assistant professor of public communication at American University. Zaharna served as a media analyst for the Palestinian Delegation to the Washington peace talks (1991-93).