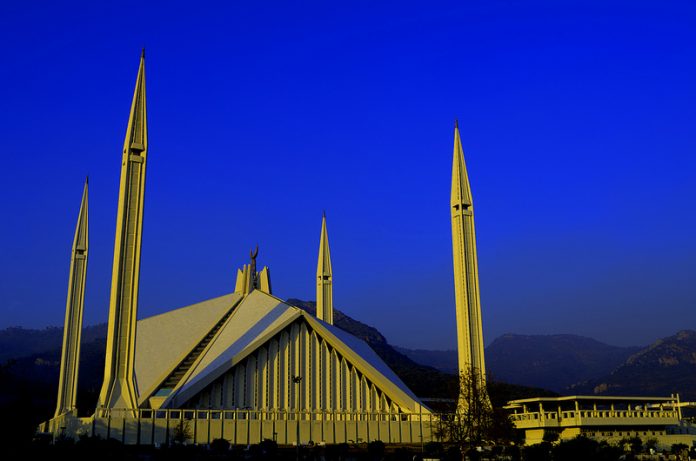 On Sep 19, 2018, an Islamabad High Court Bench suspended the sentences of Nawaz Sharif, Maryam Safdar and her husband, Safdar Awan.

Whether these three have merely been released from Adiala Jail, or unleashed upon Pakistan again, only time will tell.

On his show of 19 September evening, Kashif Abbasi invited Aitzaz Ahsan to give his comments on the judgment. Aitzaz observed, quite rightly, that comments would be in order only when the detailed judgment came out. But then he could not help veering off into a gratuitous certification of the honesty and integrity of the two judges comprising the bench. “The lady,” I thought “was protesting too much”, when I heard Aitzaz’s remarks. They were similar in nature to certifications of Qazi Faiz Isa when he closed down the Hudaibya Case, and threatened to charge the prosecution with contempt for citing the Supreme Court observations about the case to reinforce his arguments.

Thus it was natural that Aitzaz’s unwarranted remarks raise suspicions.

And suspicions do not abate when it is realized that this was a case which required a fair amount of dedication to lose. And that dedication was quite obviously forthcoming. The question then remains if this effort to lose was drawn out by sheer incompetence or moola, or a bit of both. And if it was moola, which ways was it spread?

The simplicity of the case lies in the law that governs it. To a lay person, this law speaks thus: if a person has wealth which is beyond his known means, and if such wealth can be proven to be his, then it must be assumed that this wealth has been unlawfully made. In case such wealth is owned by his children, at an age when they could not be expected to own such wealth, it is to be assumed that such children are only the proxy owners of the concerned wealth, and the real owners are the father or the mother.

In the case under reference, Hassan and Hussain have accepted ownership of the Avenfield properties and their father has backed up their ownership in various of his speeches. What was at issue was the date of such ownership. The Sharif family insisted it was the year 2006, while it was proved to be 1993, when the boys were too young to make the kind of money which would buy them these properties. It, therefore, had to be assumed that the owner was their father. Thus the onus of proof devolved on Nawaz Sharif that these properties were acquired with clean money. This he failed to do, and was thus jailed. If somehow he can give the money trail, he will again be jailed if this money was transferred abroad by illegal means. But if he then proves that this transfer was legal, he will again be jailed for not having paid taxes against sums used to buy these properties.

How the National Accountability Bureau (NAB) managed to lose this case is a wonder and the problem.

Chairman NAB was a justice of the Supreme Court. So surely he must understand the law. Did he get his Prosecutor to brief him on his preparations for the case? And if so, did he spot any holes in the preparation of the prosecution? If that be the case, what steps did he take to plug them?

For a good month before the judgment came, it was common knowledge that the NAB prosecutor was trying his best to lose the case. Everyone watching TV thought so. Did Chairman NAB get alerted to the shortcomings being exhibited by his prosecutor in the Court? And if so, what steps did he take to remedy the situation?

Was anyone in the government keeping an eye on how this case was proceeding, and if not, why not?

And what of the prosecutor himself? When he was appointed to his present office, was it so because he was considered dumb, or one easy on the take?. Or did he have a reputation of being a good legal mind? If he was dumb, who chose him? If he was a good legal mind, why did his mind take a leave of absence when it was most required?

Some vital questions will be answered only when the detailed judgment comes in. What will be interesting to examine is the much bandied “assumptions” that the Judges’ remarks and observations were often laced with. Till then one can only wait and speculate.

Whichever way reality transpires, it should be known that NAB was destined for the dumps within six months of its birth. Musharraf was the one who founded it. NAB would uncover and prosecute cases of mammoth corruption which would justify his take over. But within six months of taking over, He decided to go democratic. Under the tutelage of Tariq Aziz, the general decided to ride to political glory on the puny and corrupt shoulders of the Chaudharys of Gujrat.

General Amjad had been appointed Chairman NAB on a specific undertaking by Musharraf that NAB would not be asked to play favorites. Within months NAB was under Musharraf’s pressure keep hands off the Chaudharys. Amjad did not share this with us, but we knew it. And it was a confirmation of sorts to us when he asked to be relieved as Chairman. And I might add here, there was not enough money in the world to buy Amjad, and there was no pressure he would stand up to. (Well done General Sahib)

From that moment NAB became an instrument of harassment for political opponents, and for whitewashing the sins of political allies. This became immediately apparent when Gen Khalid Maqbool began receiving Mian Mansha as an honored guest in NAB. Mansha was under investigation at the time for using the funds of a bank to buy the bank which he now owns. But Khalid Maqbool then went one better. He took gas quota from Iqbal Z Ahmed, a person convicted by NAB! (Shame)

The ultimate degradation to embrace NAB came when three of its successive Chairmen, the most egregious of whom was Qamar Zaman Chaudhary, were recommended by Malik Riaz Hussain and approved jointly by Asif Ali Zardari and Mian Nawaz Sharif.

When the two most notorious plunderers of state wealth farm out the responsibility of selecting three Accountability Czars in a row to the foremost land grabber in the country, you better believe that nothing prettier can emerge from such an arrangement than what you see in the Pakistan of today. A land prostituted and betrayed.

NAB is therefore in the state you see it in. If Imran Khan needed just ONE institution to be functioning in top gear, given his total commitment to bringing the corrupt to account and retrieving stolen wealth, that institution would be NAB. Sadly, judging from the drift of things, he seems to be unaware of this. Hopefully, this does not betoken a change of heart.