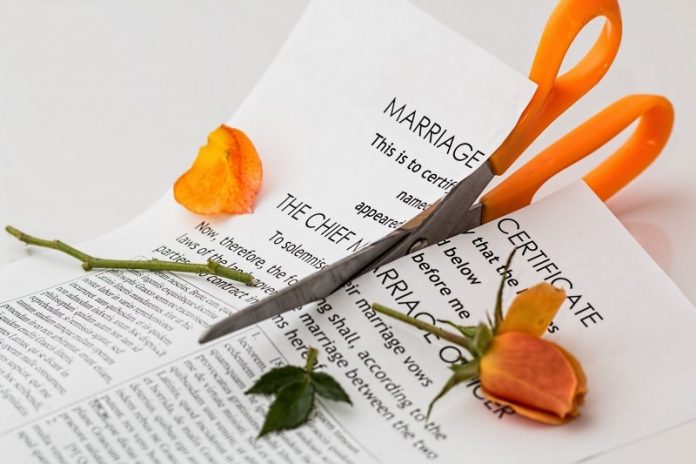 It is not realistic that a fight or a contest will be won by both or all the contesting parties simultaneously. The stronger, the better fighter and the one with better strategy always wins and the winner is one. What is important is the fight or contest itself. The contesting parties must fight with all and best of their abilities. Their spirit of the fight must be visible for the audience out of the arena.

We have seen very recently that the Congress has given up in Himachal Pradesh but put a tough fight in Gujarat elections against BJP. Every genuine critic has recognized that although Congress lost Gujarat in numbers but it was able to put challenges on face of Bharatiya Janata Party (BJP) street by street which may help the Party in upcoming days, if it remains intact with the people of Gujarat.

The recent Triple Talaq Bill passed by the Lok Sabha is actually a bill against Islamic Talaq as a whole and not only Triple Talaq. The definition of Talaq-e Bid’ah in the Bill is ambiguous and utterly confusing. It covers all forms of Talaq which is enforceable with immediate effect. It means one Talaq Baien and one Talaq Ra’jie given in the monthly period time of a woman (which is also Talaq-e Bid’ah) comes under vigorous punishment and fine. Thus the Bill is entirely against the Qur’an and all juristic schools of Islamic Shariah including Ahle Hadith denomination. It is against Islam and practices of all Muslims in the world.

The Bill is passed in the Lower House with unexpected ease on 28 December 2017 and will be passed in the Upper House of Parliament too. 160 million Muslims of India could not put a fight before the ruling party is a fact and history will put it on record. Muslim Indians need to analyze it with cool minds and realistic attitude.

To me, there are three groups from Muslims who happen to be responsible for not putting even a tough fight on this very crucial issue. One, the apex body of Muslims, the All India Muslim Personal Law Board (AIMPLB) which came in to being in 1971 to legally protect and safeguard Muslims’ interest and ensure the protection of Muslim Personal Laws within the constitutional framework. It has been a responded party in the Supreme Court on Triple Talaq Case. The organization failed to mobilize mass supports which it got during the signature campaign. It looks the organization is headless now. It is not that there are not able people within the organization but it is because that a division within the upper hierarchy is clearly visible. They are not able to plan things well and when planned they are not able to execute them at ground level at right time with the right strategy.

The second one is the premier Muslim organization Jamiat Ulama-e Hind (JUH). Jamiat has also been a responded party in the Supreme Court in the Triple Talaq Case. Jamiat is a better organized nationalistic body with mass appeal and a pan India membership. It appears that the Jamiat could not figure out how things were turning following the Supreme Court verdict in the Triple Talaq Case. Thus it virtually did nothing or very little to stop this Bill in Lok Sabha or help put a strong opposition against it by using its resources within political parties.

Both the AIMPLB and the Jamiat could not directly talk to non-BJP parliamentarians before the bill was presented in the Lower House, which this humble writer has suggested at least two weeks ago. Instead, leaders of both the organizations were out of Delhi when a very serious Bill was being debated and passed in Delhi. AIMPLB called its meeting in Lucknow instead of Delhi to discuss Triple Talaq Bill and resolved to shoot an open letter to Prime Minister Modi asking him not to present the Bill in the Parliament as if Government was waiting to hear from them to make an important move. On the other hand, I have no information about any fractions of Jamiat even holding a serious meeting among themselves, let alone with others, to discuss and plan anything about this bill in last 10-15 days.

The Muslim lawmakers both in Lok Sabha and Rajya Sabha are also equally responsible for this debacle as the third group. Politicians are supposed to be the visionaries of the nation. They knew the Bill was coming; they had excess to the draft bill beforehand. They could read it, plan among themselves and suggest their respective public bodies to put pressure on other politicians. Some of them are respectable members both in AIMPLB and Jamiat. But they found to be unprepared or very poorly prepared. Badly divided among parties or with personal political interests at a time when they must have stood as a single Muslim body.

Mr. Assaduddin Owaisi, Hyderabad MP, came out as a lone hero following the debate on 28th December. He is defeated, he was taunted in the Parliament by his rival MPs from BJP but he stood alone bravely and fought alone like a lion of religion – the meaning of his name Assaduddin. The Sher (Lion) of Hyderabad has done his part and today every single Muslim man and woman is rightly praising him. Either one politically likes him or not but this credit cannot be taken away from him.

However, let’s be realistic. All India United Democratic Front (AIUDF) MP from Karimganj (Assam) Mr. Radhesham Biswas, Indian Union Muslim League MP from Ponnani (Kerala) Mr. E. T. Mohammad Basheer and AIADMK MP from Ramanathapuram (Tamil Nadu) Mr. A Anwar Raja have also strongly opposed this Bill up to their highest strengths. They were though not best speakers in Hindustani language thus spoke either in English or in Tamil yet their first sentences were, ‘I stand here to strongly oppose this bill’.

This Lok Sabha consists two sons of Darul Uloom Deoband too, who are also members of its supreme and governing body – Majlis-e Shura. We Muslims Indians missed their voices on 28th December in the House when an utterly irrational and a completely against Qur’anic principles piece of law was being enacted in the Indian Parliament. They may have their explanations or justifications. AIUDF President Maulana Badruddin Ajmal, Dhubri MP from Assam, have put his reason stating Assam’s tense communal conditions owing to NRC draft publication on 31 December 2017 which demanded him to stay with the people of Assam and monitor situations sitting there. We are yet to get an explanation from Maulana Asrarul Haq Qasmi, the Congress MP from Kishanganj, Bihar. People may agree with their explanations or not but hearing them before passing a judgment is a must.

It is time; Muslim Indians need to have some reality checks. It is yet never too late to fix things and make orders within the house. AIMPLB and Jamiat are our strong and mass-based organizations. This time they might not have performed well due to various internal and external reasons but earlier they did perform extremely well. We cannot undo their dedicated and extraordinary volunteerism for the betterment of this nation and Muslims just because of one or two failures. They need to take these failures as lessons and bounce back for the upcoming battles. Maulana Ajmal and Maulana Qasmi’s contributions to the society and the nation also cannot be undone just because of their one-day absence from the House.

Similarly, Mr. Assaduddin Owaisi is credited today but ‘secular’ Congress has smartly backstabbed Muslims in the Parliament. For, it’s MPs like Sushmita Dev, MP from Silchar (Assam) spoke so well against the Bill but didn’t dare to demand a floor test in the House, thus as per parliamentary system it favoured the Bill. Yet Indian Muslim politics cannot go with Mr. Owaisi alone. Secularism has to revive and secular forces like Congress, TMC, RJD, Left, BSP, SP, AIUDF, AGP, BJD, YSR, TDP, DMK, AIADMK, NCP, JDU, RLJP, RLDP, et. al are the future of Indian politics. Muslims will have to stand with them strategically to protect India from gallows of disastrous communalism.

All India Muslim Personal Law Board (AIMPLB) and Jamiat Ulama-e Hind (JUH) need to sit together sooner than later and draft genuine short-term and long-term plans. They also need to discuss their concerns with political forces from all parties including BJP. Dialogues are the best ways in a democratic system. It is notable that politicians will visit your doors only at the time of elections, now you need to step out and knock their doors.

Indian Muslims are sorry that they are losing grounds one after another but they are very sad that their leadership is not able to make a genuine fight. A challenge to those who are about to destroy India’s unity, integrity and its communal harmony is a must. Fight for the right cause, even if you are defeated, history will count you like a hero else be buried like a coward. The choice is yours.