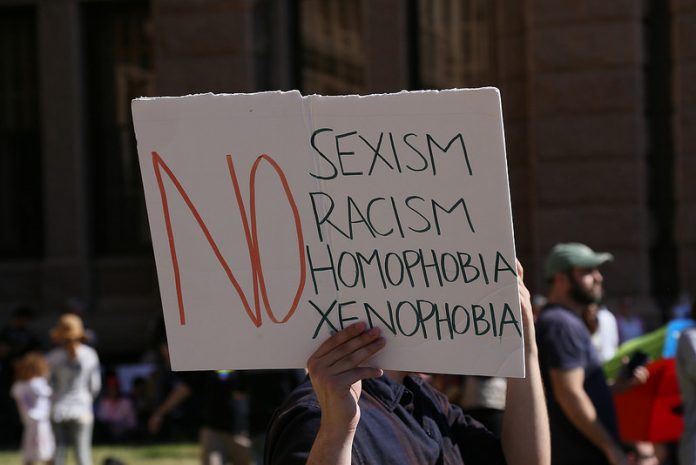 On May 9th, 2019, a jury in US District Court for Washington, DC found a former US diplomat guilty on 14 counts of threatening me and other employees of the Arab American Institute “because of [our] race and ethnicity” and “because of [our] efforts to encourage Arab Americans to participate in the political life in the United States.”

So read the opening of a press release issued by the US Department of Justice.

These convictions bring to a close a 12-year long ordeal during which time the same individual had repeatedly sent emails threatening me, my staff, and the Arab American community. He had already been convicted of the same crime in 2008 for sending threatening emails and making phone calls to my office. At that time, he admitted his guilt saying that he had intended to threaten us and even apologized for his actions. Despite this admission, after serving time in prison and a period on probation, he began threatening us again between 2012 and 2017.

The renewed threats grew in intensity after several terrorist acts that occurred here in the US and abroad. The severity of the language he used caused us deep concern, especially when seen against the backdrop of the increasing frequency of mass shootings occurring here in the US.

The trial lasted three days during which time members of my family, my staff, and I testified on these threats had on us, our families, and on our ability to do our advocacy work on behalf of our community. After closing arguments, the jury deliberated and the next day they issued their verdict finding the culprit guilty on all of the charges against him.

The DOJ press release summed up the case in the following manner:

“‘Threats aimed at individuals because of their race and national origin have no place in our society and violate federal civil rights laws,’ said Assistant Attorney General Eric Dreiband. ‘The Department of Justice will continue to hold criminals accountable who commit such acts of hate so that all individuals in this country can engage in civic life and political discourse.'”

“Evidence presented at trial established that from 2012 to 2017, [the charged individual] sent over 700 emails to AAI employees, culminating in five death threats in 2017. According to court documents, [he] previously pleaded guilty in 2008 to sending threatening emails to AAI employees. Evidence presented at trial showed that [he] used nearly identical language that he admitted were threats in 2008 as he did in 2017.”

“According to testimony in court, AAI employees were frightened of [the charged individual], because he had sent them death threats in the past and continued to do so over a decade later.”

“Additionally, according to witness testimony, many AAI employees lived in fear that [he] would follow through his threats and physically harm them. They further testified to the toll it took on them personally and their families and loved ones.”

This is not the first time we have faced threats of violence or actual violence. As I testified in court, I received my first death in 1970; my office was fire-bombed in 1980; my friend and colleague, Alex Odeh, was murdered at his office in 1985; and two other individuals were convicted of death threats against me and sentenced to terms in prison in the years since the horrific terrorist attacks of September 11, 2001.

While we, of course, know that the danger of new threats will always be with us, needless to say, we are enormously relieved by these guilty verdicts and are deeply gratified by the tireless efforts made by the Department of Justice’s Civil Rights Division and the Federal Bureau of Investigation to defend our rights to engage in our advocacy work on behalf of our community and our country without fear of threats of hate-based threats of violence.