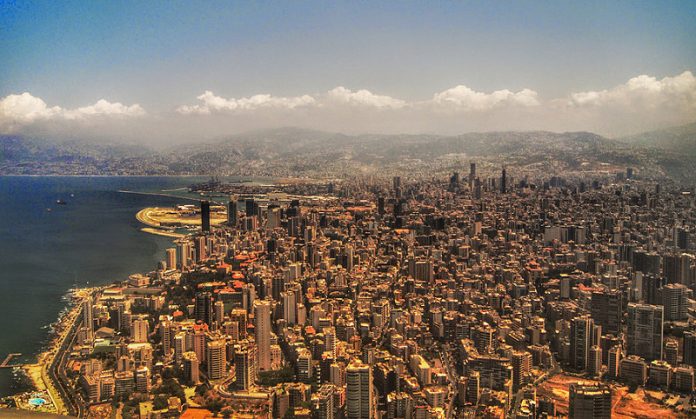 After a nine-month deadlock, the Lebanese have a new but predictable cabinet of ministers. Rotation of leadership is rare in the Middle East. Both Prime Minister Saad Hariri (a pro-Saudi Sunnite leader) and Gebran Bassil (the pro-Hezbollah foreign minister) were part of the previous cabinet.

Nepotism is an endemic problem in Lebanon. Saad Hariri replaced his father Rafic Hariri as the leader of the Sunni community when the latter was assassinated in 2005. Bassil is the son-in-law of President Michel Aoun. Aoun’s second son-in-law is the chief of the armed forces. This government is, in other words, old wine in new jugs.

There is a notable exception, however. Four women with impressive backgrounds are members of the new cabinet, and they are holding important portfolios.

Critics claim that the government will be dominated by Hezbollah. This is not the case. Only three ministers out of 30 are from Hezbollah, and eight are sympathetic to what they call the “resistance.” True, many in Lebanon consider this movement merely a “Shiite militia,” not a “resistance.” But the United States and Israel consider Hezbollah a “terrorist group” to be sanctioned and eliminated at all costs.

Regardless of what Hezbollah stands for, its electoral bloc won 70 percent of the parliamentary seats of last year’s national election. This bloc represents Muslims of all backgrounds and a sizable section of the Christian community.

Prime Minister Hariri and President Aoun proudly describe this cabinet as a “national unity” government. A “unity” government, in this case, implies a balance of party power, proportional sectarian representation, and a many-sided foreign policy. For better or worse, Prime Minister Hariri serves the interests of Saudi Arabia and Western powers while Speaker of the Parliament Nabih Berri does the same for Iran and Syria.

High on the domestic agenda of the new cabinet is the reduction of public spending and provision of essential public services. Hariri has been warned by international donors and global credit-rating authorities that the national debt is dangerously high: $84 billion or 150 percent of GDP. Fighting corruption is also a priority. The latter is a tall order.

The prime minister has promised to initiate radical political reform and has promoted “solidarity” to avoid the impact of “regional tension.” In this case, “regional tension” is code for the explosive conflict between Saudi Arabia (and its allies) and Iran over Hezbollah’s ascendancy in Beirut and its military role in Syria.

The Lebanese have thought hard and long about how to live with Hezbollah as a “state within a state.” Finding no solution to the overwhelming threats their country faces-refugees, the possible return of civil war, the Islamic State, Israel’s recurrent incursions—the Lebanese have partially adapted to the bitter status quo. Hariri’s previous government officially endorsed Hezbollah in its policy statement in 2016: “the Lebanese people have the right to resist Israeli occupation, repel its aggressions and regain all occupied (Lebanese) lands.” Hariri will show the same degree of tolerance for Hezbollah in the coming policy statement, to be approved soon by the new parliament.

In his new provocative book The New Rules of War, Sean McFate reports that 70 states have learned to live with militias of one sort or another in a new era of “durable disorder.” As McFate points out, the Middle East is fertile ground for many such non-state entities. As a result of this widening turmoil, countries in the region may tacitly adapt to Hezbollah. Out of desperation, Saudi Arabia is now more worried about Yemen’s protracted war on its borders than it is about the civil war in Syria or Lebanon’s internal politics. The reopening of the UAE embassy in Damascus is one of many signs of this regional trend of adaptation to the new situation in Syria and Lebanon. The significant latitude of freedom that Riyadh recently gave to Hariri in negotiating with Hezbollah to form his cabinet may be another sign of this trend.

For Lebanon, the road to normalization is filled with landmines. Opposition to Hezbollah and its Iranian ally is growing in Israel, in the U.S. Congress, and within the Trump administration. The State Department has been closely monitoring the formation of the Lebanese government out of a deep concern over Hezbollah’s role. Immediately after the cabinet was announced, Washington sent a mixed message to President Aoun: greetings accompanied by words of “regret” about Hezbollah’s participation in the government. Washington has warned Hezbollah not to “divert resources” to its own constituencies from the three ministries it “controls,” particularly the Ministry of Health. But this kind of bullying has not proven successful in other realms of U.S. foreign policy under Trump.

Despite the complications ahead, the Lebanese are much better off with a new government. The new cabinet will not be earth-shaking. Its focus must be on the economy, particularly the national debt and efficient provision of electric power. A stable Lebanon would attract tourists and create jobs. And if the four women in the cabinet are successful, Lebanon will send a strong message about women’s empowerment to the region.

Hezbollah’s leadership is smart enough to keep the delicate balance of power among the three main religious communities, a balance without which Lebanon cannot survive. In a world of “durable disorder,” the coexistence of states and sub-states is the norm rather than the exception. Sadly, in a post-Arab Spring Middle East, pure state sovereignty is a shrinking privilege. In this context, Hariri would be best to focus on the economy.