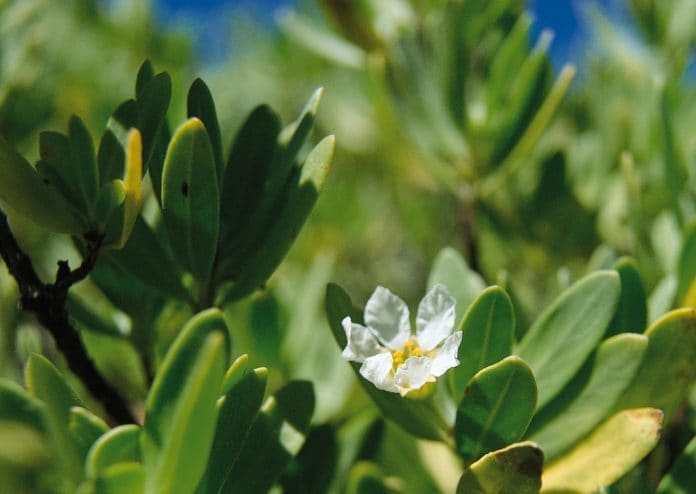 The strange creature named the Busharon is in serious trouble.

The front half of this animal -” George W. Bush -” is having trouble with nude photos. Not only those of the hapless Iraqi prisoners, with the exuberant female soldier pointing at their genitals, but also of Bush himself, whose nakedness was exposed for all to see.

The savior of the Iraqi people from a cruel tyrant, the gallant leader bestowing democracy on Mesopotamia, the representative of Western civilization fighting against barbarism -” has himself been exposed as a cruel barbarian.

Let no one kid himself: this is not a case of a few sadists, male and female, who happened to find themselves in one place. It is already clear that there was systematic abuse of prisoners -” keeping them naked, humiliating them sexually, sending in vicious dogs which probably bit them, preventing them from sleeping, keeping them shackled in painful positions for a long time, covering their heads with filthy hoods, threatening them with electrocution -” all these were photographed. But there can be little doubt that with such an attitude towards the prisoners, much worse torture was applied but not photographed.

It is now quite clear that this is applied as standard procedure for “softening” up prisoners. Not only in this prison, not only in all the other prisons in Iraq, but also in Afghanistan, in the devil’s island of Guatanamo and all the other places where such defenseless victims, most of them quite innocent people who were picked up by accident, are imprisoned. Meaning: this was a matter of policy, coming from the highest level.

The soldiers, male and female, who happily let themselves be photographed in these pornographic scenes are certainly detestable, but anyone familiar with military life knows that this was not a private initiative. Such acts cannot go on for a long time, with many hundreds of pictures shot, without the whole chain of command being involved.

Every simple soldier is influenced by the spirit of his commanders, at least up to the level of the brigade. Its commander in turn is influenced by the spirit of his superiors, up to and including the Chief- of-Staff. In this case, it has been proven that the Pentagon chiefs and the Secretary of Defense knew the facts long ago. The investigating general did not find any written order, but such orders are always conveyed orally, and sometimes by a mere gesture or a wink.

These soldiers, most of them from decent homes, behaved as people do in lynch mobs, and for the same reason: the denial of the humanity of other races, which are considered sub-human. Racism turns the members of the master-race themselves into sub-human beings.

George Bush lost his world with the publication of these photos. He could have fired the whole chain of command, from the Secretary of Defense down to the prison commander. He didn’t, of course.

All the moral arguments attempting to justify his war against Iraq have come crashing down. No democracy, no liberation, no civilization. Nothing is left except the naked aggression of cynical and cruel robber barons, just like the henchmen of Saddam Hussein.

If I may be permitted a prophecy: this week starts the countdown to the end of the career of George W.

This started with the rejection of the “Unilateral Disengagement” plan by the Likud members, a tiny part of the population, manipulated by the settlers. Since then Sharon has been prowling around like a caged predator. He has no majority among his ministers and members of parliament (they are bound by the party referendum), he is unable to form another government (the MPs of his party will not allow it), he is unable to fulfil his promise to President Bush (and has made Bush look ridiculous).

He has begun to blabber about “other plans” that he is forming -” reminding one of Groucho Marx’s joke: “Those are my principles. If you don’t like them, I have others.”

If Sharon had really intended to leave Gaza, he would have done it at once and without the hullabaloo, fixing a strict timetable and without changing the details every few days. He would have including in his plan the evacuation of the “Philadelphi Axis”, the narrow strip a few hundred yards wide between Gaza and Egypt, which demands a human sacrifice almost every day.

A week after the Likud referendum, two terrible blows were delivered. An armored vehicle carrying a large quantity of explosives entered Gaza city in order to blow up buildings, and was hit by a roadside bomb planted by Palestinian guerillas. It exploded, tearing the six soldiers to pieces. The day after, the very same thing happened on the “Philadelphi Axis”: an armored personnel carrier full of explosives, which was sent there to blow up tunnels under the border, was hit by a Palestinian rocket and blew up with its five crew members.

The power of each of the two explosions was such that body parts were scattered over hundreds of meters. The whole country saw on TV how Israeli soldiers crawled on all fours, filtering the sand with their bare hands in order to gather the body parts of their comrades. The media competed in the orchestration of a necrophile hysteria, with endless talk about “body parts” interlaced with scenes of funerals.

It was impossible to ignore the direct connection between the Likud referendum’s rejection of the withdrawal and the death of the soldiers. This was expressed in the most simple way by the actor Shlomo Vishinsky, whose son Lior was killed in the second vehicle, when he blamed the members of Likud for the death of his son.

For the first time, the Israeli public saw the real picture of Gaza: not “terror”, not “terrorists”, but a classic guerilla war, with the whole population taking part in the struggle against the occupation forces. Today’s Gaza, tomorrow’s West Bank.

In such a struggle, we cannot win. One can kill Palestinians wholesale, destroy whole neighborhoods, as is happening now. But one cannot win. The public is beginning to understand that. The “Zionist Left”, so it seems, is also waking up from its 4-year coma.

Israel will leave the Gaza Strip, as it left the “Security Strip” in South Lebanon. The similarity between the two strips is so obvious, that banal headlines proclaim it in all the media.

If I may be permitted a second prophecy: this week starts the countdown to the end of the career of Ariel Sharon.