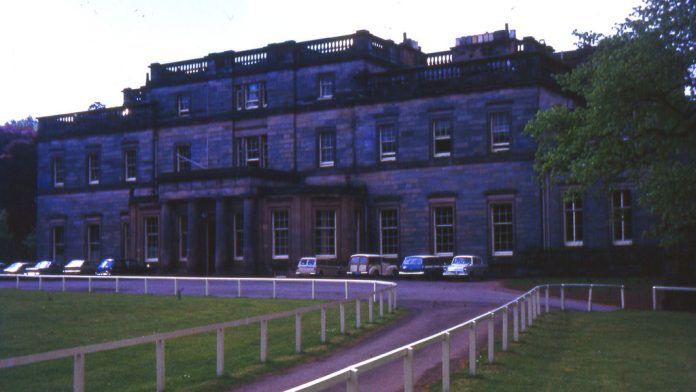 This year marks the 100th anniversary of the Balfour Declaration in which Great Britain’s Foreign Secretary, Lord Balfour, stated in a note to his colleague, Lord Rothchild, that “His Majesty’s Government view with favor the establishment in Palestine of a national home for the Jewish people, and will use their best endeavours to facilitate the achievement of this object…”

Zionists have long viewed this document as a “promissory note” giving a Great Power “seal of approval” to their quest to establish a state in Palestine. They will, therefore, be celebrating this anniversary. In reality, however, there is nothing to celebrate.

The Balfour Declaration was nothing more than a shameful display of the arrogant self-interest of the colonial mindset and its racist insensitivity to the rights of indigenous peoples. In effect, Balfour promised to give away the rights for a land to which Britain had no legitimate claim against the wishes of the people who lived there.

The Declaration didn’t come out of the blue. It had a history and a political and cultural setting that was grounded in a meeting of minds of both the Zionist movement and the British colonial enterprise.

For their part, Zionists sought a homeland where they could construct their national community away from the pogroms of Europe. After failed attempts to plant their roots in other locales, they set their sights on Palestine, which one of their leaders, Israel Zangwill, described as “a land without a people… for a people without a land”.

Even after it became all too clear that Palestine had a people who rejected their aspirations to create a Jewish home, the Zionist leaders were undeterred. Zeev Jabotinsky noted,

“If you wish to colonize a land in which another people are already living, you must provide a garrison or find a benefactor to maintain the garrison on your behalf…Zionism is a colonizing adventure…it stands or falls on the question of armed force.”

The benefactor they turned to was Great Britain. To the British, they sold themselves as the ideal colonial agent—in the words of Max Nordau, “a people more industrious and more able than the average European, not to speak at all of the inert Africans.”

Hertzl described his effort as creating a colony that could serve as “a rampart of Europe against Asia…an outpost of civilization against barbarism”. While Jabotinsky carried this further arguing that “as the loyal bearers of Western culture” the Zionist colony would “expand the British Empire even further than intended by the British themselves”. At one point, Hertzl even consulted with Cecil Rhodes, “a colonial expert”, on how to win British support for their venture.

The British needed little convincing. At stake was their interest in protecting their position in the Eastern Mediterranean, the Suez Canal, and access to trade and the resources of the Gulf and the East. Building on their model of establishing “companies” to act as their “agents” (as they had done in Africa and South Asia), as early as 1876, Lord Shaftesbury addressing Parliament observed

“Syria and Palestine will before long become very important…The country needs capital and population. The Jews can give it both. And has not England a special interest in promoting such restoration? It would be a blow to England if either of her two rivals should get hold of Syria…Does not policy there…exhort England to foster the nationality of the Jews and aid them to return…To England then naturally belongs the role of favoring the settlement of Jews in Palestine.

Building on this theme, a few years before the Balfour Declaration was issued, a prominent British military analyst wrote

“On general strategic grounds it is exceedingly desirable that the present too constricted frontiers of Egypt be extended…that a buffer state [be established in Southern Syria…and that if this buffer state became [our] dominion or genuine colony it would be a source of great strength…and the only possible colonizers on a great and worthy scale are the Jews.”

The fit between the British and Zionist designs was so perfect that Max Nordau later commented that if Political Zionism hadn’t existed, “Britain would’ve invented it”.

With the issuance of the Balfour Declaration, Britain was making clear its intent to not only foster a Jewish home, but, more to the point, a colonial outpost that would project and protect its interests in the Eastern Mediterranean.

What was to happen to the Arab inhabitants of that land was of little consequence to either the British government or the Zionist movement. The second part of the Declaration read “it being clearly understood that nothing shall be done which may prejudice the civil and religious rights of the non-Jewish communities in Palestine”. But as the history of that region played out, it became clear that neither Britain nor the Zionists had any intention of allowing the Arabs to stand in the way of their colonial enterprise.

More on that, next week.