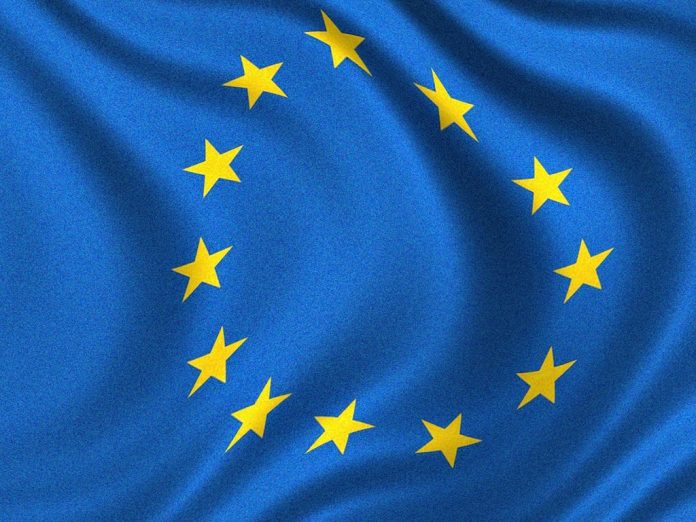 Fidesz, Hungary’s ruling party, is projected to win in Sunday’s elections with a majority of the 199 seats in the National Assembly. Although with a higher turnout of the voters this time Victor Orban, Hungary’s thrice-elected prime minister, may not keep his party’s two-thirds majority he is expected to form the next government again, his third consecutive one since 2010.

Orban is a known neo-fascist and is opposed to the migration of refugees. He is also a bigot. During his annual state of the union in February, Orban claimed that “dark clouds are gathering” over Europe and only his party could defend the continent from “Islamization”.

He has argued that a Fidesz victory is the only way to ensure that the government can “save Hungary” — from migrants, from EU bureaucrats and from “Uncle George” Soros, a Jewish Hungarian-American financier whom Orban has cast as a globalist puppet master out to subvert the national interest. Recently erected anti-migrant billboards depict Soros, whose Open Society Foundations has campaigned against corruption and xenophobia in the region, embracing opposition politicians as they use wire-cutters to open the country’s border fence. As part of a vicious election campaign, Fidesz sent leaflets that were downright obscene and aimed at fomenting anti-immigrant sentiments.

Muslims comprise less than half a percentage of Hungary’s population and yet Orban and his party routinely warn of ‘Muslim invaders’ threatening the country. The Roma minority – with nearly 600,000 gipsies – is also considered to be a threat to national identity. Orban’s personal attack on philanthropist Soros is full of anti-Semitic undertones. Soros has rebutted Orban’s attacks by calling the latter ‘the leader of a Mafia state’.

Orban has undermined the power of the judiciary and, like many elected illiberal rulers of our time, has filled most government positions with his loyalists. He has set them loose to ensure that the opposition remains as small as possible, and thus, manageable, without posing any danger or threat to his authoritarian rules. The media outlets are also controlled by his own people who ensure what and how Hungarians get their news. He has also gone after human rights groups, including Amnesty International and the Hungarian Helsinki Committee, targeting them with laws that would require NGOs that receive foreign funding above 25,000 euros to describe themselves as “foreign entities,” pay heavy taxes on donations and face harsh penalties for noncompliance.

Orban appeals to a ‘vanished’ white, Christian past and promises to bring it back bigly. Painting a picture of an Armageddon-like scenario, he proclaimed: “We are those who think that Europe’s last hope is Christianity.”

His line plays on a collective memory of foreign invasion by Turks, Austrians and Russians. “We also know our own history,” he said in an October 2017 speech at a Danube regional strategy summit. “Those who wanted to gain a foothold in Europe always came across this route. And Hungary was the last defensive line, if you like, a gate to and for the West.”

“The opposition will turn us into a land of foreigners,” Orban told the crowd at his last rally in Szekesfehervar, 40 miles from the capital Budapest. As reported in the Sky News, the choice of location was likely no coincidence – a town synonymous with the foundations of Christianity in this country is a potent place to talk about the clash of civilizations and the dangers of Muslim migrants entering Hungary.

If elected, Orban’s election win once again would prove that his populist, xenophobic and fascist messages are being received loud and clear by his mesmerized supporters.

He has been a driving force behind the anti-immigrant and esp. anti-Muslim drives in much of Europe. Like President Trump in the USA, he is unapologetic about building a fence along the country’s southern border. He envisions a Europe that is culturally and racially homogeneous without the non-Whites and non-Christians. He is a hero amongst the neo-fascists in many parts of the world, esp. Europe. Poland’s ultra-nationalist (or more properly fascist) government has followed Hungary’s example and challenged the EU rules and norms on migration. With his presumed victory on Sunday it is not difficult to surmise that Orban’s populist, anti-immigrant messages will further energize the far-right, fascist parties across the European continent, particularly in the so-called Visegrad (V4) countries (i.e., the Czech Republic, Hungary, Poland and Slovakia).

The results of the Italian general elections on March 4, 2018 marked the victory of nationalist, xenophobic, anti-Europeanist, and anti-establishment parties. Together, they won over 50 percent of the vote. The Five Star Movement received 32 percent of the votes all by itself, while the Lega of Matteo Salvini, a xenophobic and anti-Europeanist party, received over 17 percent of the vote. It is worth noting that Salvini entered the election in coalition with Berlusconi’s centre-right Forza Italia as well as the neofascist Fratelli d’Italia, and the three parties together got nearly 36 percent of the vote. “While this was a considerable achievement, it was not enough to reach the 40 percent threshold required to govern, set by the new Italian electoral law,” noted Silvia Mazzini in the Al Jazeera.

In December 2017, the far-right Freedom Party of Austria became a junior coalition partner after striking a deal with the right-wing Austrian People’s Party.

In the 2016 elections in the Netherlands, the nationalist party of Geert Wilders won 13 percent of the votes. In 2017 Marine Le Pen’s far-right National Front rose to nearly 21 percent in France. Last October, Germany’s AfD won more than 12 percent of the votes, and in Austria, the leader of the conservative-populist party OVP formed an alliance with the far-right FPO. “Due to the electoral system in France, Le Pen’s results were put in check by the victory of Emmanuel Macron. In Germany, the grand coalition of CDU, CSU and SPD provided a solution, albeit temporary. But in Italy, it seems difficult, if not impossible, to find such remedies,” Silvia Mazzini wrote last month in the Al Jazeera.

With the probable win of Orban’s party in Hungary and the aforementioned gains of the neo-fascist forces in many parts of Europe, it is not difficult to fathom where she is heading. And it is not a pleasant one! The battle there is often not between progressive left and conservative right, but between hard-core fascists and soft-core fascists. We can expect more crackdown on civil liberty, freedom of press and migration, let alone the rise of fascism with the false pretense of saving Christianity from ian nvasion of others.

Surely, the memories and lessons of the World War II are a distant past to the neo-fascists like Orban and Wilders and their new recruits who seem too eager to join the van wagon of crass fascism and bigotry that has been responsible for so much of bloodshed and wanton violence. Old habits die hard!