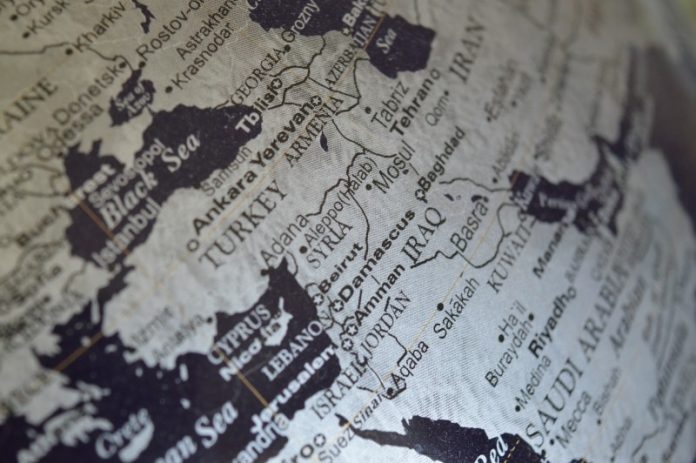 How to Witness the Man-Made Insanity of Civilian Massacres?

“Hell on Earth”  – warns the UN Secretary-General to the Security Council of the intensity and life-saving critical humanitarian crisis in Ghouta with 400,000 civilian trapped humanity under continuous bombardment by the Assad regime and Russian interventionist.  UNICEF spokesperson spells out the tragic events: words cannot describe the humanitarian calamities and sufferings of the besieged people of Ghouta.  This is what millions of blood strained human beings were asking a year earlier in Aleppo. The Russian air attacks and Assad forces silenced the people of Aleppo by large-scale bombardment and cold-blooded massacres witnessed by the so-called civilized world. History is repeating the cruel insanity – the cursed evil of egoistic power as to what happened to the people of Aleppo – the unstoppable insanity of the civil war continues unabated. Does the global humanity have a living conscience of the gravity of the humanitarian crisis?

The innocent children traumatized by the relentless day and night bombing cry for help and call upon the international community to stop the bloodbath. Not so, the UN Security Council conveniently postponed its deliberations for days to see who will gain the upper hand in perpetuated insanity and planned cruelty to the helpless masses in Eastern Ghouta.  What makes the UN Security Council imagine that a cruel dictator will respond to the call of a ceasefire in Ghouta and stop the daily carnage of civilian bombardments and killings?

Did Hitler, Mussolini and George Bush ever listen to the calls of reason and honesty?  Was the UNO Council supposedly not to take urgent preventive action to safeguard the people from the scourge of the war?  Despite the UN Security Council Resolution of Feb 24, 2018, consented by all the actors, the increased bombing and killings of the civilian goes on relentlessly. Temptation and compulsion of evil and failure of moral and intellectual leadership have jeopardized the present and future of the Arab-Muslim world. Viewing the mental microscope, aggressive sectarian daily bloodbaths and militarization has articulated a sense of unreality. Morally indifferent and intellectually exhausted and incapacitated as they look, Arab and Muslim leaders are waiting and waiting and looking beyond the obvious as to what will happen next in Ghouta. They live in complete disconnect to the affairs and challenges of the present world. On Twitter and Facebook and elsewhere innocent children appeal for SOS to the Global Humanity as if there is one ready to come to rescue them from the bloodbath.

It calls into question the entire global human conscience – what are you waiting for when you get the SOS distress call from 400,000 human beings? It also calls into question the moral and political obligation of the neighboring Arab countries and its leaders who are nothing more than spectators. They maintain large armed forces and volunteer forces to have helped the entrenched people, yet they did nothing except indifference and complete disregard to the global humanitarian principles and values warranting urgent action to safeguard the fellow human beings. What kind of prototype or role model of the Arab traditional culture and civilization do you witness in a situation of extreme humanitarian crisis?  The insane egoism brought frightening trends in planned crimes against the humanity.

Even the UNO and the global political master appear to be aligned with the No Action preference – Wait and See in such an unusual crisis. Condemnation will not help the masses under strain of life and death situation. While Angela Merkel and Emmanuel Macron call Putin to stop the bombardment, one wonders why the Arab leaders could not call Trump and Putin to stop the bloody carnage in Ghouta. We witness the failure of the UNO in similar parables. Western military interventions and Arab authoritarianism have ruined the whole landscape of the Arab Middle East. How to reverse the anarchism of the few against many in a world determined by the powerful nations at the UN Security Council? The Arab absolute rulers have no sense of time and history to care for normal human values and political accountability to any international system of governance, be it the UN or the International Humanitarian Law dealing with war and conflicts and the protection of civilians in war zones. They are not open to listening and learning from the conscientious and learned and wise. The Arab and Muslim world is turning into the complete cruelty of madness and quagmire. The leaders and people appear to be on the same page of bloodbath, insecurity and breathing oxygen in a conflicting time zone falling apart into the unknown. They believe in nothing as if the Earth was dormant, as if there is no God and life ceases to have a noble purpose of peace, harmony and co-existence. Western war strategists are a crucial factor in bringing them to this perverted status-quo of moral and human equilibrium. In an advanced 21st century of knowledge, wisdom and information, man remains ignorant and arrogant of his wrong thinking.

Imagine if there was a Conscientious Global Humanity to Protect the Besieged Civilians in Ghouta!

Time and again, the entrapped civilians call upon the global humanity to rescue them. They narrate the horrific experience of cruelty and 24/7 bombardment by the Assad regime and Russians. More than 500 civilians are reported to have been killed in just four days. Could it be the color, language and ethnicity of the Syrian people not much known or popular with the Western industrialized civilizations? Could it be that their faith in Islam is a problematic and itching factor for the emergency aid to stop the aggression? Imagine, if they were of the Anglo-Saxon ethnicity, would Russian have dared to annihilate them? Would the American and West European not have rushed to help them or undo the cold-blooded massacres at all sites of the human consciousness? Do all of these believe in God, Humanity, Justice and Purpose of Life and Accountability? Does the informed global community want to see the Arab world to determine its own sadistic ending?  Killing unjustifiably one innocent human being is like the killing of the whole of the humanity. The global warlords represent a cruel mindset incapable to see the human side of the living conscience. Perhaps, they view humanity just in digits and numbers, not as the living entities with social, moral, spiritual and intellectual values and progressive agendas for change and development. Every beginning has its end.

What Went Wrong to the Arab-Muslim World?

Once the Arabs were the pioneer of knowledge-based sustainable civilization lasting for 800 years in Al-Andalusia (Spain), the longest period in human history. Today, the former colonial thinkers and occupiers describe the Arabs and Muslims as “extremists”, “terrorists” and “barbarians.” Throughout the 20th century and well into the 21st century, the oil richness failed to deal with emerging social, moral, intellectual and political problems. Instead with the militarization of the region, increasing bloodbaths depicts a havoc political spectrum- floating without roots and reason. Islam enriched the Arabs to become global leaders of a progressive civilization, but the oil enhanced prosperity transformed them into ‘camel jockeys’ and object of hallow laughers after-dinner jokes in Western culture. Money cannot buy wisdom, honor and human integrity.

All the 19 Arab states have strong military institutions and secretive police apparatus trained and managed by the Western nations. All the military and police institutions are subservient to the authoritarian dictum. This is why both The US and Russia have blended their short-long terms interest to be interventionist in the Arab Middle East. The ruptured socio-economic and institutional infrastructures will offer an open invitation to foreign intervention as is the case and there will be no challenge out of the chaos to be taken over by the foreign masters. Such an outcome will open new markets for the US-Russian fast becoming war-run economies. Do the Arab authoritarian leaders know not the end-game and destiny of all the monsters of history, what happened to Hitler, Mussolini, Saddam, Mubarak and Ghaddafi and so many others like Assad in waiting? If they have a sense of the prevalent reality, would they not opt for a navigational change to safeguard the people and their own future?  Tyranny is corruption and the masses are against this tyranny of governance, be it Syria and across the Arabian Peninsula. All dictators enjoin an erotic ambition to rule and remain in power even if they have to dehumanize all the population. The resulting degeneration and destructiveness goes on for seven years in Syria. This aggressive instinct should have been challenged and stopped even by force if not by reason by other affluent Arab leaders and countries of the region. Alas, their psychological conscience feels no sense of guilt for the on-going crimes against the humanity. Time and history are not on the side of tyrant Arab rulers – soon they will be floating like scum on the torrent of time.

Violence and hatred are fast sinking the large landscape of Arab-Muslim societies into the abyss and irreversible deaths and destruction. Daily killing statistics generate media-frenzy supporting Samuel Huntington’s (“The Clash of Civilizations”, Foreign Affairs, 1993), claim of “Islam has bloody borders.”

The contemporary Arab societies are caught in the delusional oil-generated economic prosperity and overburdened by modern ignorance and stupidity of the uneducated ruling elite; they are unable to see the light out of the box. Arab authoritarianism needs a strong jolt – a powerful political, intellectual and military challenge to avert the on-going military assaults against the very people on whose lifeline the nation-state was created.

The voices of reason are loud and clear as global humanity cannot suffer the penalties of tyranny and evil-mongering of the few dictators.  We the people of the world enjoin focused minds and imagination to articulate a new world of One Humanity, brotherhood and peaceful co-existence amongst all, free of hatred, intrigues tyranny, encroachment and animosity.

We, the people of the globe have an enriched understanding – how to change the egoistic and embittered insanity of the few hate-mongers and warlords into an equilibrium of balanced relationship between Man, Life and God-given living Universe in which we reside all.