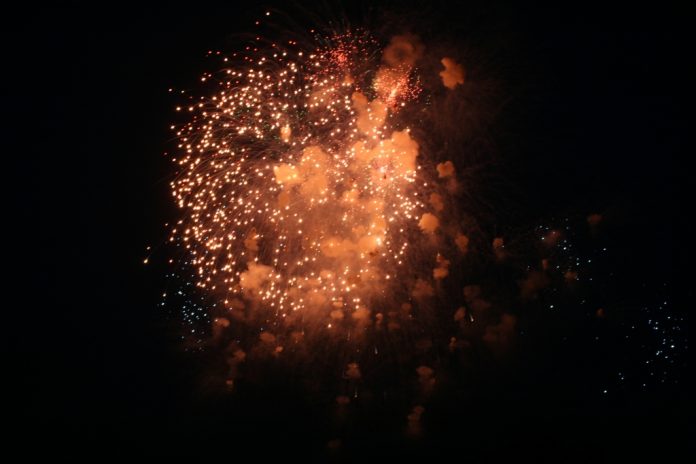 People tend to slip into civil war. As US President Abraham Lincoln in reference to the American civil war said, "All dreaded it, all sought to avert it. And the war came."

Some Iraqis feel a civil war would be in their best interests. The Jihad in Iraq (al-Qaeda) under the leadership of Abu Musaab Zarqawi wants to drag Iraq into a war between Shi’ites and Sunnis to push the Sunni minority to extremism and rally the populace around Zarqawi’s group.

Radical pro-Saddam elements that have lost everything also feel that a state of chaos and continued infighting will serve their interests by shaking up the state and preventing the stabilization of the current ruling authority, even if this leads to a civil war.

A tendency toward fighting is furthermore pronounced among some Shi’ite components, who may see a need for a decisive military move to end the Sunni threat.

Is a civil war inevitable? Perhaps not, but all the components are certainly present. There are armed and trained militias whose strikes have escalated not only against the state but also against unarmed Shi’ite civilians. At the same time, operations against US troops have eased.

In response, the state’s armed forces have begun to fight back, and the "Death Squads" and "Black Clothes" groups have become symbols of counter-violence. Consequently, the average number of killings per day exceeds 50.

Both Shi’ite and Sunni civilians are being driven from their homes.

Despite these factors, some, notably the American administration, persist in describing the current situation in Iraq as a low intensity war or insurgency rather than using the term civil war.

US officials insist on this terminology because there is no place for the US in an Iraq embroiled in civil war. Washington would no longer be able to justify its presence in Iraq or any bias toward one Iraqi party over another. Americans would demand a withdrawal to protect their own in a war between Iraqis. The lack of any direct intervention by the US army after fighting broke out at the Shi’ite tomb in Samarah on February 22 is evidence of this.

A disorganized US withdrawal in case of civil war and the consequent division of Iraq will be tantamount to a political and military US defeat and a victory for the forces of "terror". It will turn Iraq into a breeding ground for terrorism and an enclave for Salafi extremism that not only threatens American interests but those of all neighboring countries and beyond.

An Iraqi civil war would drag neighboring countries into intervening to protect themselves or out of greed for national gain. Saudi Arabia and Jordan may set up buffer zones along their borders with Iraq under the pretext of protecting Sunni Arabs or out of fear of a massive flood of immigrants. Turkey would set up a similar buffer zone in northern Iraq.

Iran, which already has a real and effective presence in Iraq, would be in a good position to impose its authority on vast areas in the south and even in Baghdad to prevent chaos. The situation could also affect stability in other countries with significant Shi’ite communities like Lebanon, Kuwait, Saudi Arabia and Bahrain.

As a result, some are now calling for serious consideration to be given to a peaceful dissolution of Iraq, to allow three ethnic entities to emerge and thus avoid civil war. Washington, however, would also consider this a defeat and will not accept it unless all other options are exhausted.

One option would be to transform Iraq into a second Somalia, whereby Iraq stays superficially unified in the context of the creation of separate political "entities", but its sects remain in a state of infighting similar to Kurdistan before the fall of Saddam Hussein. Some entities would be under the control of Shi’ite militias, others under Sunni militias. The Kurds would run their own affairs without clashing with the US army, which would confine itself to safe bases outside the cities. Such a situation would allow Washington to play the role of mediator between militias just as it did during Kurdish-Kurdish infighting in the mid-1990s.

Another option is for Washington to accept Iranian influence in Iraq and work toward a deal that would satisfy Iran and prevent Iraq from being drawn into a civil war. Iran holds a number of keys to peace in Iraq and should be credited for convincing Muqtada Sadr loyalists to show self-restraint and not escalate the situation after the Samarah events.

Washington’s acceptance to enter into direct negotiations with Iran is an indication of this approach, but the question is what price will Tehran exact and would Washington be prepared to pay? Iran may be prepared to play a role similar to that of Syria in Lebanon but will Washington accept such a role without Iran agreeing at least to relinquish its nuclear option?

Washington hopes that the bloody events at Samarah will convince Iraqis of the tragedy of civil war and persuade all parties to move away from the brink. The problem, however, is that some believe there is greater reward to be achieved from violence.

Some Islamic Shi’ite elements consider the establishment of a wealthy Shi’ite entity a better option than staying in an uneasy partnership with the Sunnis. Some Kurds believe the dissolution of Iraq will open the door for Kurdish statehood. And extremist Sunnis believe more violence will force the others into concessions.

But the difficulties are not confined to whether or not to dissolve Iraq. Any voluntary division could itself lead to new strife. The mere absence of the Sunni threat will highlight differences among Shi’ite groups to a point where infighting in one form or another could renew the bloody cycle once again.

The United States has lost much of its clout in the Iraqi street. Still, it has enough cards in its hand but needs more money, time and manpower. The question is whether Washington, which is already feeling the pressure from its own public, is prepared to get more involved.

There is a small window of opportunity to step back from the abyss. The US needs to recruit international help to reach an agreement similar to the Dayton agreement regarding Bosnia. This necessitates the participation of the UN, Europe and Russia. With the US, such a quartet could put pressure on the parties in the Iraqi conflict as well as neighboring countries to help prevent a civil war from erupting.

It is not, however, clear that the European Union in particular has the desire or capability to do this.