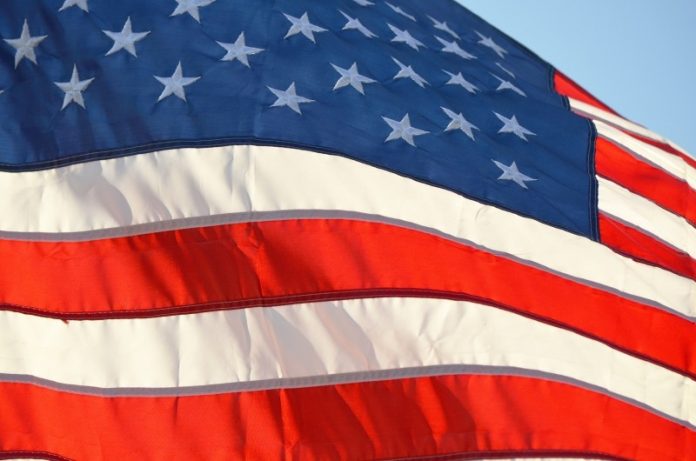 America under President Trump continues to foster an agenda of extreme perplexity, triviality and confusion in dealing with urgent global affairs. If the administration were to learn from the history, it must be candid, focused and redirect its strengths and weaknesses from the past and usher a new strategic direction of change and adaptability to the present and futuristic challenges of collaborative understanding with all the global powers. This should include the conflict in Syria, Iran nuclear deal, agreement on climate change and pursuing a balanced approach to Israel-Palestine issues.

How to Comprehend the Contradictions of the US Policy Behavior?

Lacking the visionary leadership, President Obama lost precious time and opportunities to deliver “Yes, We Can.” Now, President Trump is making headlines with the inherent stagnation of inner look on the current global affairs. Every day is becoming a strange new media theater of absurdity, not distinguishing between the problems and solutions. American politics endured a wide range of human, intellectual, political and material losses because of the wrong thinking, wrong actions and dubious performance of the former Obama and Bush administrations. The war agenda destroyed America’s capacity and credibility as an influential global power. The perpetrators of prolonged war agenda floating above the normal mindset must be abnormal – insane – irresponsible, utterly individualistic paranoid to make such move on behalf of the people who elected them for change and peacemaking.

World affairs are a complex discipline and often require serious and impartial mindset to see the issues objectively, rationally and dispassionately. The US Trump administration is uncertain and lacks imagination and repeating the blunders of the Bush era – acting like immature kids who get mad while playing with toys – behaving like the sadistic Razor King we read in European history who broiled his enemies and enjoyed witnessing the live killings. Strangely, Obama lied about perspective change and opening up a dialogue with the Muslim world. This was a fiction, not a fact of a policy shift to get elected. Often change brings hopes and optimism for something different – an escape from the cruel obsession of the few to something more conducive to the human nature. But you can only expect this from rational beings having fullest sense of moral, intellectual and professional accountability to the society that bestows legitimacy to their role and official standing, certainly not from those who appear to have lost all basic norms of morality and civilization. Julia Dalton (“Is Obama the Trojan Horse, A Psychopath, A Bad Boyfriend or all Three?” OpenEdNews: 1/07/2012), a strong former supporter of Obama notes that President Obama was more of a psychopath and a Trojan horse than being an author of Audacity of Hope, and imaginative manipulator of “Yes We Can” to win the elections.
Leaders or War Criminals to be Held Accountable

After the atrocities of the 2nd World War, the allied forces captured and tried many Nazis for crimes against humanity. Now, Bush, Cheney, Rumsfeld and Tony Blair and many others have been identified by the Kuala Lumpur International Commission on Crimes against Humanity as involved in the crimes against humanity for the killing of millions of innocent civilians men, women and children in Iraq. On June 28, 2005, at the Berlin Strategic Seminar (“America’s Indispensable Role in Securing the Future of Civilization” Executive Intelligence Review: 7/8/2005), American intellectual Lyndon LaRouche offered the following observations about President Bush and Cheney’s insanity to make them unfit for the policy-making and leadership office:

“Now, the United States Constitution provides for impeachment. The intrinsic basis for impeachment is not a conviction for some crime. That is not sufficient basis for impeachment because the question of the Presidency of the United States is the question of an institution, not of a person. But, if the person who occupies that institution is clinically insane, or is otherwise incompetent to serve, that is sufficient grounds for a charge of impeachment and for his removal from office. On the other hand, we have a Vice President, who is not necessarily a psychopath but is a sociopath. The man must be removed from office. What we have now, as a result of the actions and continuing actions in the Senate, we have a bloc, being exerted by the U.S. Senate, against the dangers intrinsic in the incumbency of these two creatures, and the people who control them. And therefore, if the world is to be saved, these two creatures must be kept under control and removed from office—not four years or three years from now, but in the immediate future.”

Why did Obama not take action to bring all these culprits to justice? Did Obama have similar characteristics and features of insanity like Bush, Blair and Cheney? If so, should the Norwegian Nobel Committee have revoked the Peace Prize given to Obama without performance and accountability? Julia Dalton finds it a fact of life that Obama is a wrong guy to occupy the post of president of the US:

“I know it’s hard to admit you made a mistake. I get it. You really believed this guy was “the one” and he is the one for the 1%: Wall Street, the too big to fail banks, the military-industrial complex, the prison industrial complex, big oil, big pharma, i.e. the corporate fascist state he’s so gingerly locking into place…………And, therefore, I feel it’s my duty to do an intervention. For those of you still deluding yourselves, who still can’t face reality I suggest therapy or better yet maybe pick up a copy of “He’s just Not That into You.”

Nothing is going to last unto eternity- for sure; Obama faced many limitations and overburden too, the pinch of self-exalted individualistic opportunism, so common amongst all the political contenders of public goodness, civility and humanity. They all pretend like the puppets do, politicians are no different a species but the same kind. Julia Dalton thinks so:

Could America Make a Navigational Change for a Peaceful Future?

Paul Craig Roberts (“The Next War on Washington’s Agenda.” OpenEdnews: 01/12/2012), spells out the ingrained political cynicism governing the Washington’s based military-industrial complex of which Mr. Obama was the latest willing participatory leader.

You wonder, what is this all fuss about? President Trump as of October 14, 2017, is revisiting the traditional belligerent strategy against Iran by refusal to testify the Iranian compliance on the international nuclear agreement. It opens up a new suspicious weakness in US policy behavior- who could trust the American behavior even in the situation of solid global agreement? Paul Craig Roberts (“The Next War on Washington’s Agenda.”), noted three major reasons for the US policy pursuit against Iran:

“One is the neoconservative ideology, adopted by the US government that calls for the US to use its superior military and economic position to achieve world hegemony. This goal appeals to American hubris and to the power and profit that it serves….A second factor is Israel’s desire to eliminate all support for the Palestinians and for Hezbollah in southern Lebanon. Israel’s goal is to seize all of Palestine and the water resources of southern Lebanon. Eliminating Iran removes all obstacles to Israel’s expansion…..”

It is an unthinkable and irrational stance that if Iran develops the nuclear know-how and capacity and that it could threaten anyone in the region or beyond. We live in an age of actions-reactions and nuclear reprisals – no one would like to be the candidate for the first strike to ensure self-destruction, and those who possess the nuclear capability know it well, understand its disastrous consequences to use the nuclear weapons. The North Korean nuclear crisis is a current example in global affairs. American leadership knows it well too. Imagine, if the Shah Reza Pahlavi, the absolute king of Iran was alive and buying the weapons from the US, would America move to strangle Iran? No, certainly NO. Isn’t this another myth of the continued bogus War on Terrorism raged on the false pretext of the WMD in Iraq?

Mankind looks for Hope for peace and co-existence amongst the divergent cultures and nations of the world. Global politics is not a system of moral principles or intellectual and political values but often a game – a cruel drama – a puppet show often staged to appease the few Draculas – a psychopath puzzle of few insane people who had nothing useful to contribute to the mankind except drudgery, deceit, lies and inborn deceptions – the previous net outcome of this thinking was the continuing bogus War on Terrorism. Wars are planned, conspired and are the outcome of few cruel monsters – egomaniac mindsets, not of the electoral consensus of the rational beings dreaming of life as a gift from God, progressive in civility and nobility of thoughts and behaviors and being accountable to the rest of the humanity. The Europeans have come to realize these harsh facts after centuries of wide-ranging insanity and Two World Wars and killing of millions and millions of fellow Europeans just to maintain racial superiority, national borders, the rule of the few obsessed with individualistic power. Should the Americans not learn from the annals of the darkest chapters of the modern European history? Paul Craig Roberts attempts to reflect on this much needed historical Essence of Learning and the Urgent need for a Navigational Change: